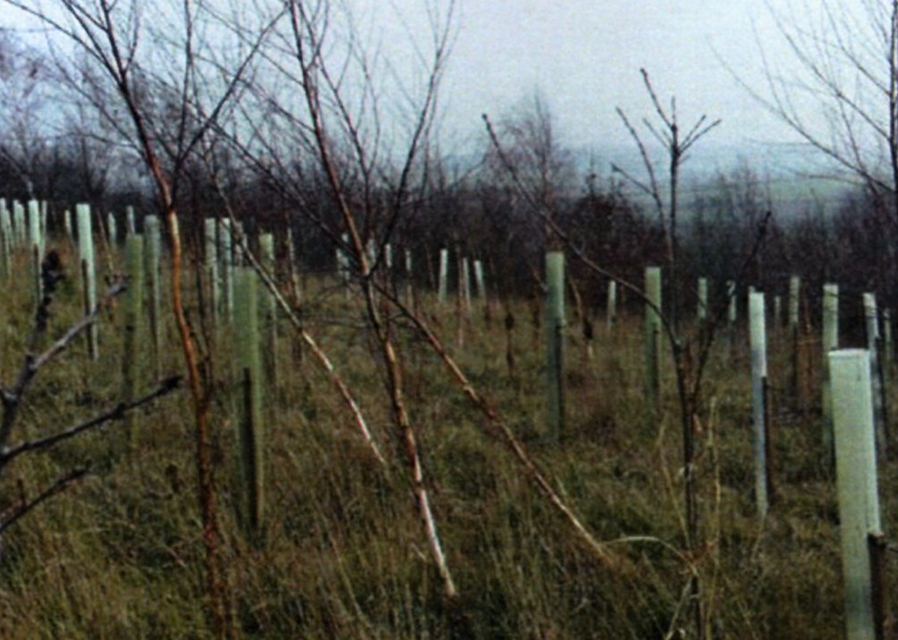 Sherwood Heath is not just the heath but much, much more. For the last 20 years or so it has also included Rotary Wood.
The wood is named after those who created it, namely the Rotary Club District 1220 as part of their Millennium project. At a meeting in August 1998, Melvin Flint, a member of the Mansfield Club, put forward his idea to plant a woodland as a Millennium project. He had already found a suitable site of 25 acres at the then Thoresby Colliery site. The necessary permissions were obtained and work began. Sherwood Forest Trust were involved to provide expertise and materials, with Rotarians contributing work and money directly or indirectly.

Planting commenced in National Tree Week on 28th November 1998. Some 200 Rotarians with families attended, all getting soaked to the skin when the heavens opened.

Sherwood Forest Trust carried out the fencing and provided 10,000 trees. They also took over the long-term management of the project at a fee. Individual Rotarians and Clubs contributed funds and there was much ad hoc fundraising. Jim Gostick, subsequently a Chair of the Friends of Sherwood Heath, was aware of the possibility of funding from the Landfill Tax and that authority approved funding up to £35,250.

Planting of trees continued, carried out largely by individual Rotarians. One tree, a certified clone from the Major Oak, was planted at a ceremony by the Sherriff of Nottingham accompanied by other dignitaries. Again, the heavens opened. One has to admire the sheer persistence, hard work and bloody mindedness of all those who created Rotary Wood. Was it all worth it?
Undoubtedly yes. To get to Rotary Wood, walk from the Alders pub through the Heath more or less parallel with the road to Edwinstowe until you cross over a small service road. About half way up the road is a gate on your left, enter there and then follow a fairly steep uphill gradient. Then follow a circular path to the open area at the top where a plinth is situated. On the way down you will see the Sherriff’s tree on the left. The trees all appear to be thriving and the whole area now appears to be thickly wooded. The paths are clear and progress, although steep, is not difficult. It is a reasonably vigorous walk with some spectacular views from the top. Well worth the visit, in fact.

Bob Murray is the current Chair of the Friends of Sherwood Heath. Thanks are due to Jim Gostick, who provided much of this information and did much of the work described.