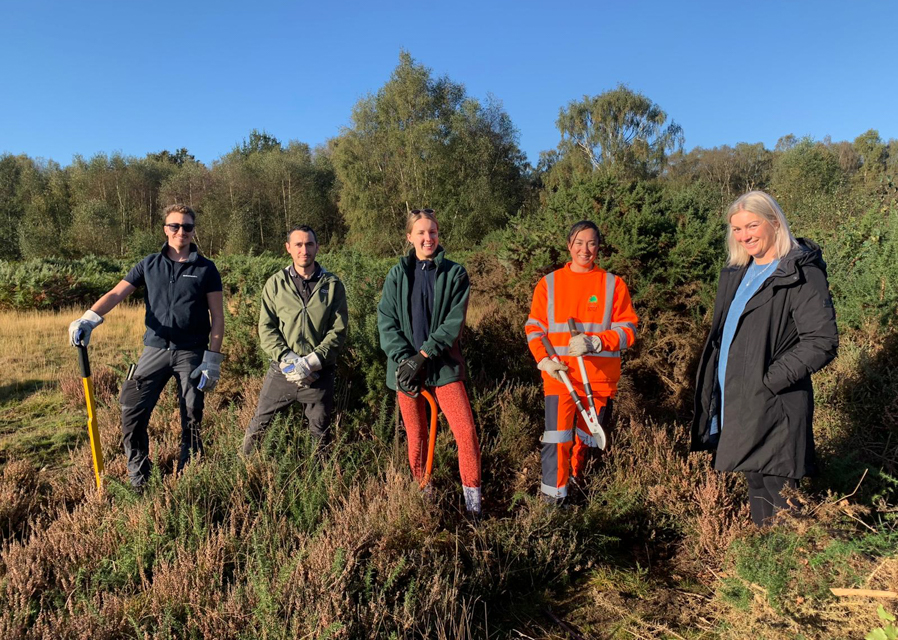 Rather a lot seems to be happening at Friends of Sherwood Heath (FoSH) at the moment, although not all of a strictly environmental nature. First, at least in terms of recognition, is the award for the current year of the Green Flag – an award for the excellence of the service and facilities provided. This includes the appearance of the site, the information made available to users of the site, safety and the interest of the site to the public. This is the fourth year in succession that Sherwood Heath has won the award, with praise due not only to the management and workers of the Trust but also to the volunteers and to the Friends – all of whom turn out in all weather. Sherwood Heath is entitled to display a Green Flag at the entrance in recognition of the achievement, and this will be erected shortly.

Next came the Mayor’s Scarecrow Competition. After a FoSH triumph last year (admittedly against a much-diminished field) they had hopes of repeated success, but it was not quite to be. They came second. Scarecrow ‘Pick ‘em Up Pete’ and his dog were not the prettiest of entrants, but Pete became increasingly modelled on member Norman, while his dog became more and more pig like despite all efforts! Vocal support was offered by a lady who broke off from a recording session next door; her contribution was deservedly admired. For the rest of the group, ‘overgrown children’ might be a better description!

The work sessions on Friday mornings have continued. It is good for members of the Friends to work together with the staff of the Trust. Everyone learns from each other and enjoys each other’s company.

If you are interested in joining the Friends, please ring Bob Murray on 01623 836131 or email Norman or Lynn at tsbarrows@hamlynlodge.com or lynn.preece@newark-sherwooddc.gov.uk respectively.