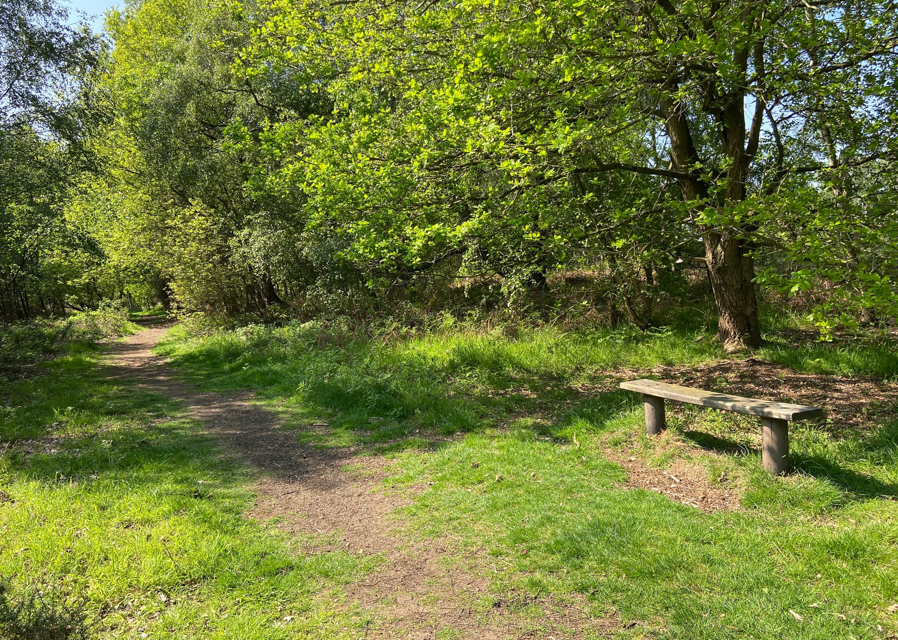 July is the time of year when the Friends of Sherwood Heath seek illumination. This year, unfortunately, they remained much in the dark. For the last few years, they have had a glow worm walk late at night, but sadly their walk on 20th July resulted in only one female being seen.
The glow worm population appears to have been declining locally for some years and it is difficult to pinpoint a reason. A local expert, Trevor Pendleton, carries out detailed surveys of glow worms (and other insects) and confirms that there does seem to be a picture of decline, although not always consistent. Bearing in mind that the Heath is an area of acid grassland which tends to support unusual plant and insect life in addition to ground nesting birds, the decline of any local species is worrying.

Trevor offers some tentative explanations for the decline. He says habitat loss through urbanisation and industrial development, the use of pesticides and herbicides in modern farming practices and the increase in light pollution are all thought to have contributed to the glow worm’s decline. With the possible exception of pesticides and herbicides, all the causes he cites are affecting the Heath as part of the current development.
The glow worm (lampyris noctiluca) is a vulnerable little creature in many ways. Larvae can take up to three years to reach pupation and long dry periods can lead to dehydration and death. They live exclusively on slugs and snails and capture their prey by injecting venom through a bite in the rear of the head. The female can reach a length of 28mm. But the male, a relative weakling, rarely exceeds 18mm.
In one way it is very pleasing to report on cooperation and working together by the Friends and the members of the trust itself. They get together on alternate Fridays at 9.00am for a couple of hours weeding, tidying up and generally getting rid of the unwelcome (plants, not visitors). At the moment, they are clearing areas of fern to encourage the growth of heathers. However, they need to be careful. Interference in one way from the best of motives can easily cause damage in other ways. Nature does not always take kindly to interference.
If you are interested in joining the Friends, call Bob Murray on 01623 836131, or contact Norman Barrows at tsbarrows@hamlynlodge.com or Lynn.Preece@newark-sherwooddc.gov.uk.