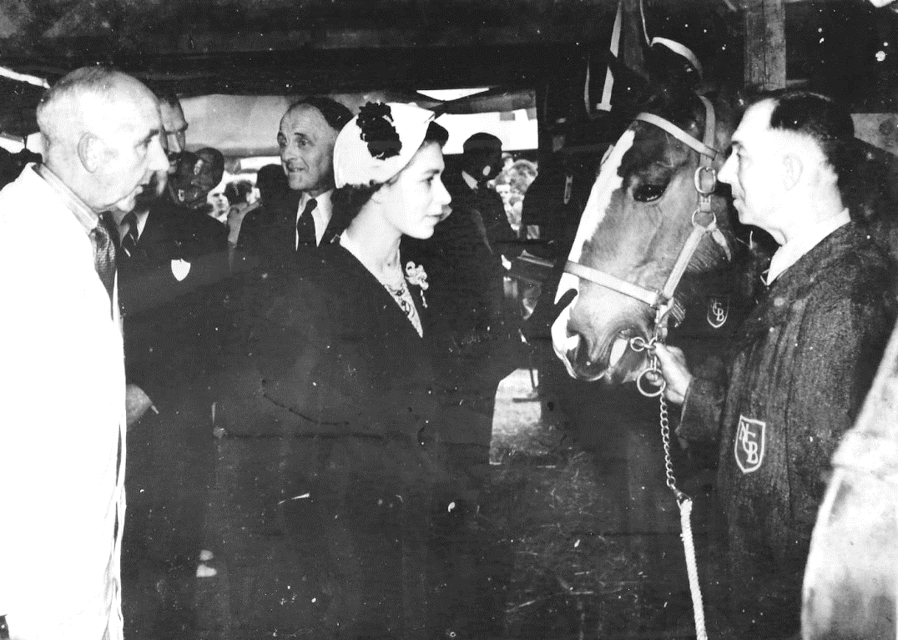 This is the time of year when the majority of people usually think about their holidays. However, not so long ago it wasn’t only human beings who looked forward to a change in routine. There were pit ponies.
Pit ponies were mainly used in coal mines in the 1800s and early to mid-1900s. At Thoresby Colliery they were employed underground to haul trucks full of heavy material, with an ostler to look after them. One can only imagine how they must have felt when they were brought up the shaft on the Friday evening before the colliery’s holiday fortnight and taken to Herbert’s farm in Edwinstowe, where they were allowed to gallop and graze in a field. The astonishing fact is, though the ponies – about six in number – only saw the light of day a few times during the year, they knew the way to the farm.
Ponies would take part in shows, and at the Royal Show, Newton Abbot 1952, the Queen met ostler Jim Gibson and Tommy the last of the Thoresby Colliery pit ponies. Shortly after this event Tommy came out of the pit to be given honourable retirement.
This is taken from Edwinstowe Historical Society’s website, which continues to expand with additions to the Young Historian and Thoresby Colliery, ie the Miners’ Institute, Medical Centre and Thoresby Colliery Band, sections.
During the past 12 months, 32 enquiries have been received and answered by the society. Arising from one request, the society was pleased to contribute a popular photo of the blacksmiths standing in front of the Major Oak for inclusion in a recently published book by Dr Mark Johnston MBE, ‘The Tree Experts: A History of Professional Arboriculture in Britain’.
A date for resumption of future meetings is still on hold, and members will be notified as soon as it is considered safe to meet again. Further information is available on the website www.edwinstowehistory.org.uk, and enquiries may be made to EdwinstoweHistorySoc@gmail.com.