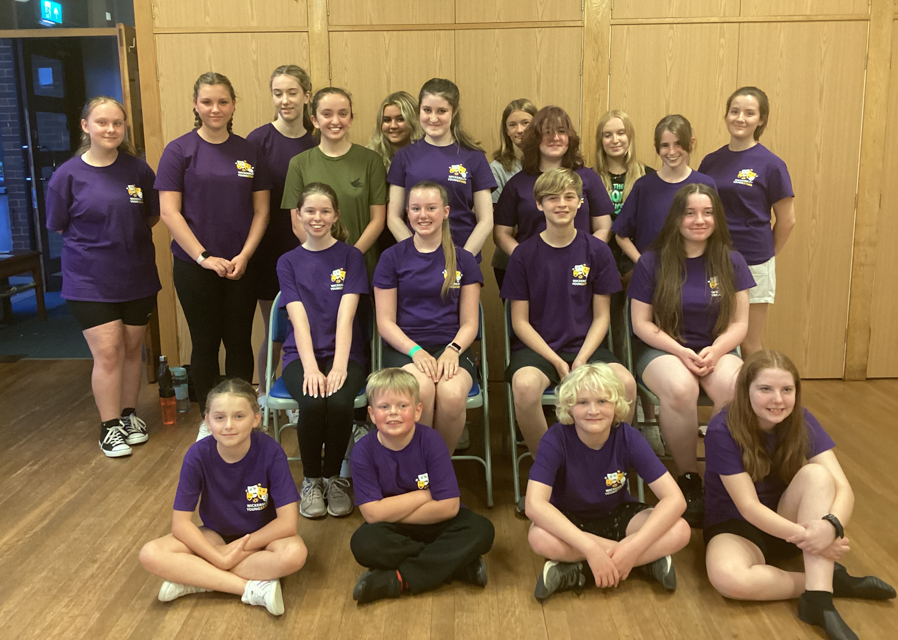 Wickersley Youngstars (WYS), a musical theatre company for those aged eight to 21 years, is thrilled to be finally performing The Sound of Music at Rotherham Civic Theatre,1st to 4th November 2022. The show had originally been planned for November 2020 but we all know what happened that year!

The group was formed in 2010, with its first show being Back to the 80s performed at Wickersley School which remained their performing home until they moved to Rotherham Civic Theatre in 2013 with Joseph and his Amazing Technicolour Dreamcoat. They celebrated their 10th anniversary with Footloose in 2019.

The ethos of the group has always been to develop the confidence and talent of young people in a supportive and encouraging atmosphere. It has always been wonderful for the adults involved to see someone join as part of the company and grow to a lead role over time. It is equally pleasing to see how new members are welcomed in by those returning, and how some cast members return later to help with general organisation or join the production team.

WYS produces one show each year with auditions in April and rehearsals starting straight away. Although they have a general audition for the company, they accept everyone… space permitting! it is really just a good way for getting to know one another. There are other auditions for principal roles, again a good experience for members as many wish to go on and have careers in the entertainment industry. Previous Youngstars have gone on to study musical theatre, join touring theatre companies and local bands, and work in Disneyland, Paris.

As many groups do, they rely on volunteers to help things run smoothly and raise funds and are aways looking for any support that can be offered, whether time , financial or items for their costume store. They have been grateful to the Wickersley and Bramley Lions for support over the years, and to local companies that buy advertising space in their show programmes.
Rehearsals are held every Monday (Wickersley Methodist Church) and Wednesday evening (Wickersley Community Library) following auditions with Sunday afternoon added from September. There is a fixed charge for the year which covers all costs including a WYS t shirt. Further details can be found on www.wickersleyyoungstars.co.uk, email info@wickersleyyoungstars.co.uk or find them on Facebook. Please get in touch if you want to join or support them in anyway.

They hope you will go along and see their show in November. Tickets are available from Rotherham Civic Theatre at £14.00 each (concessions £10.00).