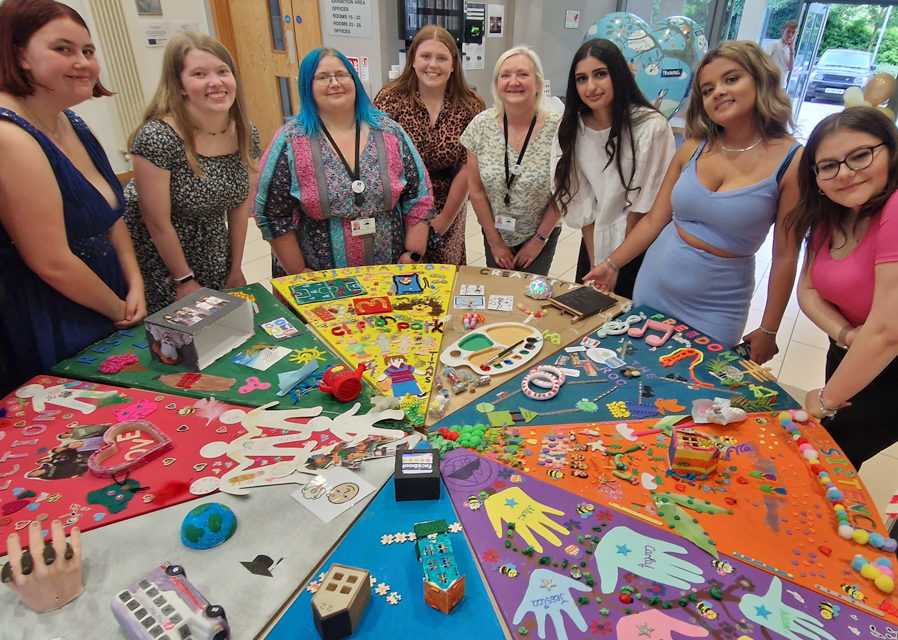 The Source’s ‘Sense of Place’ project has been a resounding success, engaging with thousands of people across Rotherham, helping many on their way to jobs and training and increasing pride in where they live.

The six-month scheme trained up six young youth workers and sent them off to inspire young Rotherham people about career opportunities in arts, culture and entertainment as the town prepares to become the world’s first Children’s Capital of Culture (CCoC) in 2025.

The Source’s Sense-ational six worked with 10 schools and 20 organisations and connected with 2,250 people across the borough.

Youth worker Dannielle was hired especially for the task by The Source, one of eight organisations being funded by the UK Community Renewal Fund to help get Rotherham’s young people upskilled and engaged as part of Children’s Capital of Culture 2025, when a year-long festival will celebrate the town’s heritage and identity.

They organised a two-day youth empowerment workshop led by entertainer and MTV Base star KAT B and ran a media skills workshop for other Rotherham CCoC trainees.

Every week, they worked with Rush House, outdoor education centre Endeavour, The Base Community Hub in Wath and the Rotherham Opportunities College (ROC) for adults with special educational needs.

The ROC won the £500 first prize in Sense of Place’s art competition with their two-metre-high Wheel of Life, featuring the things people need to thrive in life.

“The trainee youth workers led conversations with students about what the wheel was about and what it could feature, sourced materials and helped them complete the work,” said Assistant Principal Louise Smith. “They were brilliant!”

In addition to gaining CACHE qualifications in safeguarding, information advice and guidance, equality and diversity, mental health, First Aid and GDPR, the Source’s trainees grew in confidence and developed new goals in life.

Lisa Rudkin is now looking for jobs in theatre and cinema, and Phoebe Williams has landed a part-time job with the Base in Wath as a result of her work there.

Aisha Mosavi is one of two trainees hoping to become teaching assistants and is applying for jobs with The ROC.
There’s progression for Dannielle, too – she is now The Source’s full-time Learner and Community Engagement Officer, and feeling really positive about her new role.