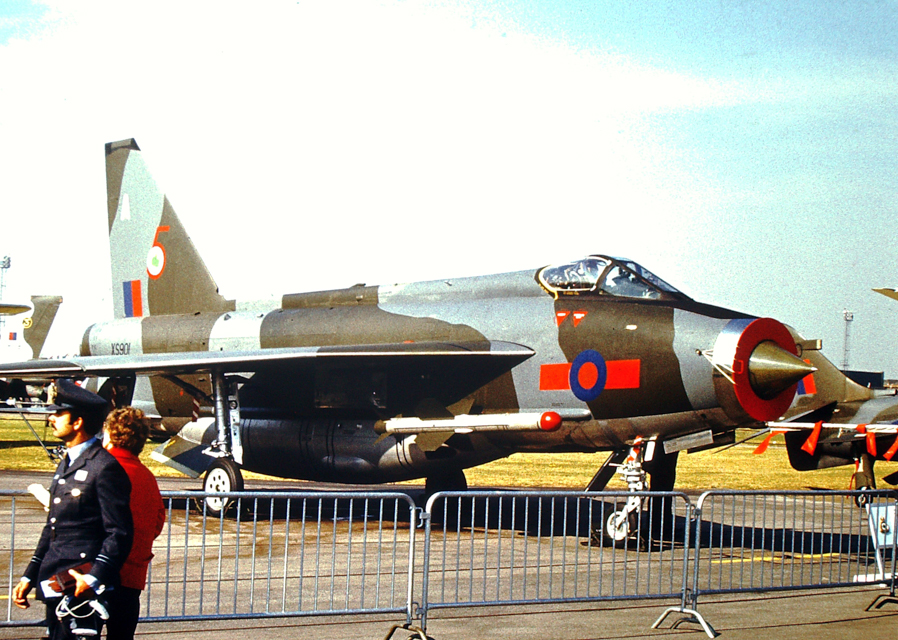 The Queen’s Silver Jubilee review of the RAF

In this Platinum Jubilee year when all the main celebrations are taking place in London it is interesting to recall the year of Her Majesty’s Silver Jubilee – 1977 – when she visited our region to attend one of the main events: the Review of the Royal Air Force at RAF Finningley (now Doncaster Sheffield Airport) on 29th July. She presented the service with a new colour, toured a huge static display containing the aircraft and missiles of 61 units (plus aircraft from three of her Dominions) and then witnessed a flying display which featured formation fly pasts from every RAF Command, launched from nearby RAF Lindholme.

On the following day the display was opened to the public and was an unforgettable experience for those fortunate to attend. What follows are my memories of the occasion illustrated by images from two slide films taken.

The first thing to mention is the glorious weather. It was the middle of one of the hottest summers on record which led the Government to appoint a Drought Minister, and the grass on the airfield had a scorched appearance. I did hear that on certain parts of the station which were subject to Royal inspection the grass was actually painted green, but this could well be apocryphal.

Some 200,000 people attended and the display was also covered by the BBC. Walking around the huge static display in the heat proved quite exacting and frequent stops to take on liquid were necessary in order to avoid dehydration. It was a far cry from the usual September Battle of Britain shows when it almost always seemed to rain. The four-hour flying display in the afternoon opened with the Red Arrows and the airborne cavalcade which followed was the largest since the Coronation Review, held at RAF Odiham (Hants) in 1952 and nothing on that scale would be seen again until the Battle of Britain 50th anniversary flypast over London in September 1990.

While the mixed formations were unique photo opportunities, the most spectacular display was undoubtedly that of the Royal Australian Air Force F-111 which amazed the crowd with its ’torching’ routine (demonstrated in the UK for the first time) in which neat fuel was dumped into the slipstream and ignited by the afterburners producing a tongue of flame almost as long as the aircraft. I rather doubt this was something which Her Majesty saw!

Something which impressed even the Aussies was the Vulcan scramble (a regular feature of the Finningley shows, dating from its period as a V-Bomber base back in the sixties). The noise and smoke combined to make it an assault on senses – and literally made the earth move. It would have been enough even to wake Fred Mulley, the then Defence Secretary, who had nodded off the previous day, delighting the paparazzi by providing them with front page pictures for the daily papers. While the official line was that it had been due to the heat, many suspected that he may have enjoyed too good a lunch!

As impressive as they were, those behemoths were nearing retirement and the RAF’s future was represented by the much smaller Panavia Tornado which zoomed about the sky with the speed of the F-111 but without its pyrotechnics. The type would be the cutting edge of the RAF for many years and was only recently retired. As a fitting summary of the occasion, I can only echo an oft used expression of my old dad who had taken a keen interest in the RAF from World War II, despite being too young to serve in it: ’Aye. That were when we had an Air Force‘.