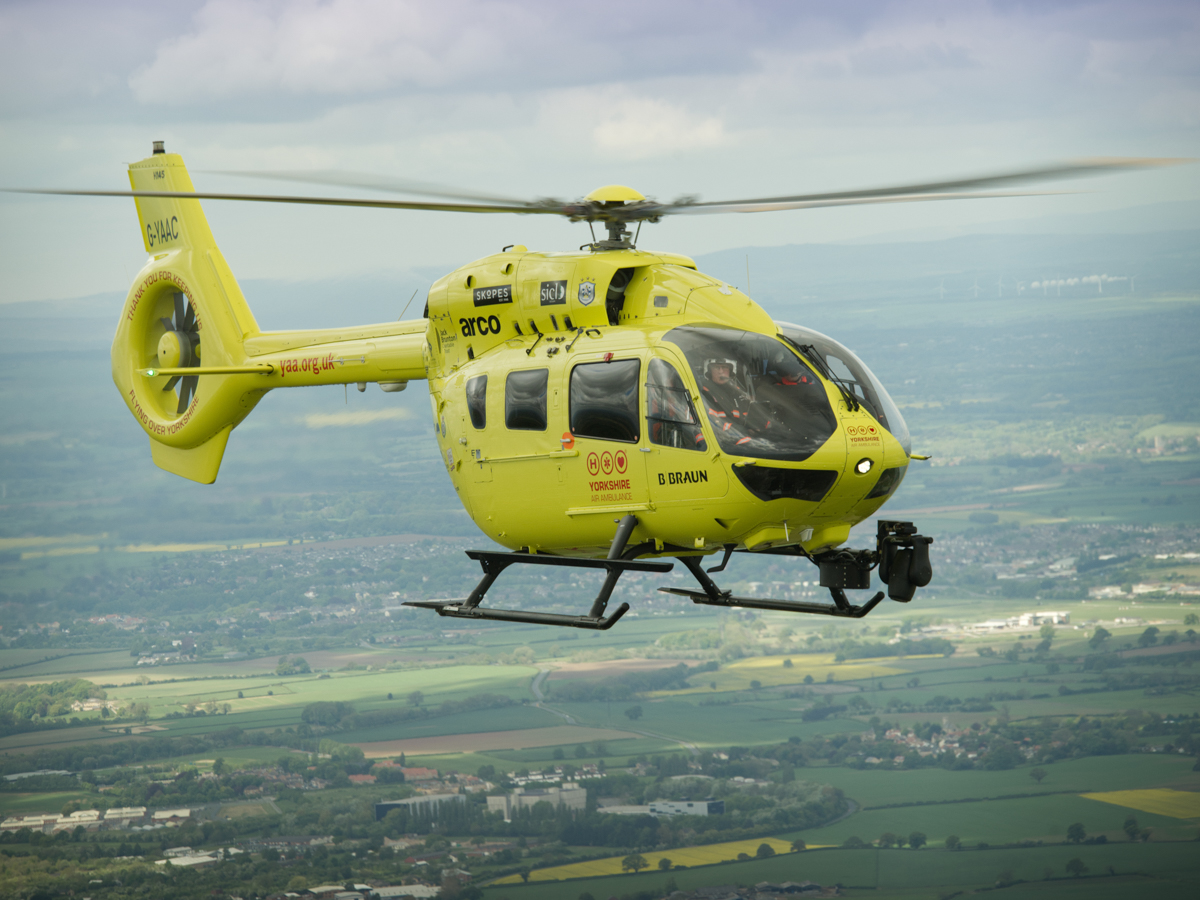 Like so many charities, the Yorkshire Air Ambulance (YAA) has seen its income impacted because of the cancellation of fundraising events and is reminding people of ways they can support this much-loved organisation. The YAA is an independent charity providing a life saving rapid response emergency service to five million people across the whole of Yorkshire. The service is operational seven days a week, 365 days a year. The charity currently attend over 1,500 incidents a year, an average of five incidents every single day.
They currently operates two helicopters – one based at Nostell Air Support Unit, near Wakefield and the other at RAF Topcliffe, near Thirsk.
To keep both of Yorkshire’s Air Ambulances maintained and in the air, the YAA needs to raise £12,000 every single day, which is the equivalent of £4.4million a year. The generosity that they receive really is the life blood of the charity.
The charity was set up in 2000 and with the addition of the second air ambulance in October 2007, the YAA now operate their own dedicated air desk for rapid dispatch of their helicopters to an incident. The swift medical interventions provided by their air ambulance crews have a major impact on a patient’s chance of survival and subsequent quality of life.
In September 2016, the charity took delivery of a new state-of-the-art Airbus H145 helicopter. This was shortly followed by a second H145 in December 2016. The latest generation aircraft has a larger cabin and gives paramedics a much more modern medical fit-out to treat and transport often critically injured patients. Replacing the current fleet will ensure the continuation of a state-of-the-art air ambulance service for the people of Yorkshire for the next 25 years.
To date over 8,000 patients have been carried to relevant treatment centres, often for life-saving treatment. The average dispatch time is around two to three minutes – this is from the 999 call coming in to our helicopter taking off for departure. 90% of Yorkshire live within a 20 minute flying time from either of the YAA’s two airbases.
If every adult in Yorkshire gave them £1.00 per year, they’d have the money they needed to keep them in the air and saving lives. To find out how you can donate to the Yorkshire Air Ambulance, please visit www.yaa.org.uk.