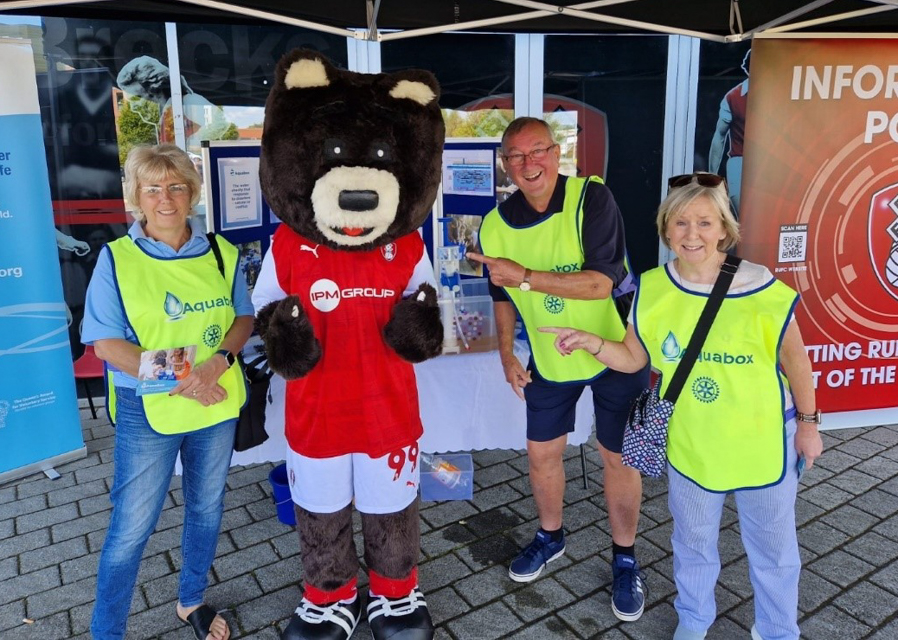 Rotherham Sitwell Rotary Club took to the water for an adventure at its club meeting on 11th August, with the meeting taking place on a canal boat on a beautiful summer evening. The sun was shining, the water was calm, and the swans watched on in mild reproach as the boat disturbed their peaceful evening.

The canal boat was skippered by member Tom Knight, who kept everyone safe and sound. Members sat through his safety talk, feeling very confident of his ability to steer them down the canal – or ‘Navigation’, as this part of the waterway is termed (thanks to a crew member that is also part of the Swinton Lock Activity Centre, to which the boat belonged, for that piece of edification!).

The Club met at the Gorilla Pub and Brewery, which is situated at the waterside in Mexborough, and had two one-hour cruises with the group into two parties as the boat’s passenger limit was 12. It was a great evening as members, partners and guests mixed well. Both groups were able to eat by the water in the pub and beer (brewed on the premises) at £3.00 a pint went down very well.

It was a social evening meeting and seemed to be enjoyed by all, and helped the group to bond. The passengers donated £200 to the Activity Centre from a collection on the boat to continue with their help for the needy in Rotherham.
On Saturday 27th August the Club set up a gazebo stand at the New York Stadium, the home of Rotherham United, to publicise Aquabox and Rotherham Sitwell Rotary. As well as access to the fans, the Millers’ mascot also paid a visit. Well done Peter Short and his team.

Last but not least, the Rotary Club has supported the Brecks Community Hub with the installation of a new cooker.
The next meeting is on 29th September, where the speaker will be Jayne Senior of CSE Rotherham. For more information see www.sitwellrotary.org.uk.