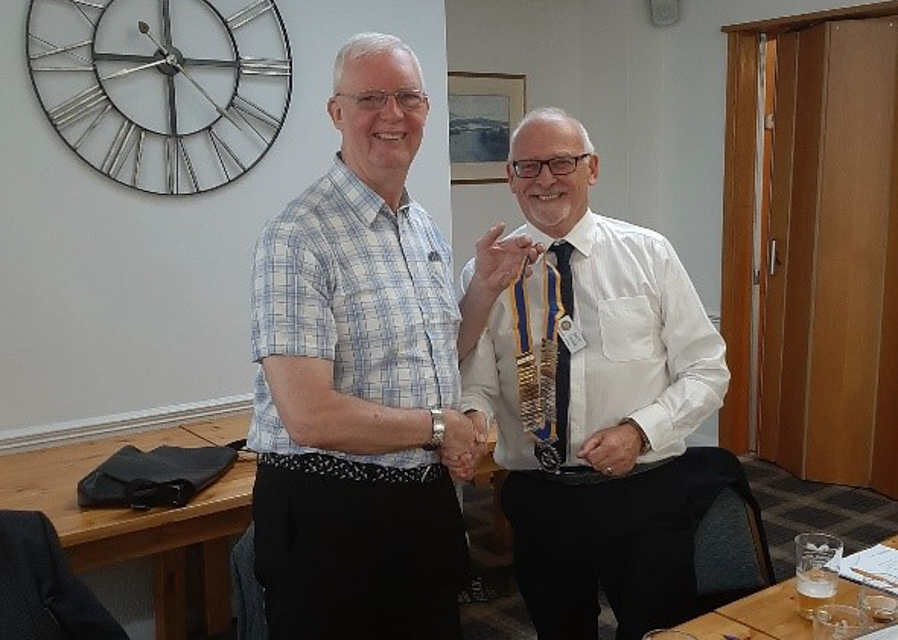 July saw the start of the new Rotary year and at Rotherham Sitwell Rotary Club’s Handover Meeting, outgoing President Steve Burns was welcomed back for another year. Members were also pleased to welcome Peter Short as their new President-Elect.
Peter is also going through the President’s chair for the second time and the Club thanks both men for their commitment.
At the same meeting Roger Green was presented with the Terry English Award for his outstanding service to Rotherham Sitwell Rotary on both the local and international fronts.

The summer social was the Mad Hatter’s Garden Party at the home of Ann and Richard Ogley. There was a homemade novelty hat competition wherein imagination ran riot.