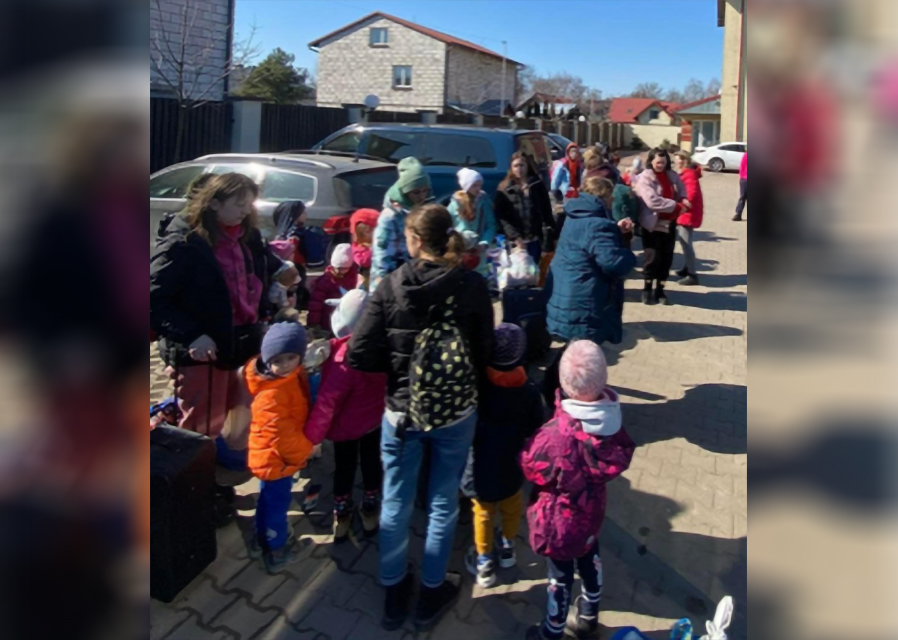 Rotherham Sitwell Rotary Club’s most recent initiative is to provide support to refugees from Ukraine who have travelled to Warsaw in Poland. Funds have been sent to the Warsaw Wilanow Rotary Club to support the Ukrainian women and children who have started to arrive in the city.

At the AGM on 5th May, current President Steve Burns was re-elected for a second term and the club sends its best wishes for another successful year. Peter Short was also elected as President Elect for the next Rotary year. Roger Green, who is leaving Rotherham and Rotherham Sitwell Rotary, was awarded Honorary Life Membership in recognition of all his hard work and commitment to the Club over many years. The club would like to extent its fervent gratitude to Roger for all he has done.
Another long-standing member, Vinod Burton, was also given Honorary Life Membership.

Rotary Youth Leadership Awards (RYLA) is an intensive leadership experience organised by Rotary clubs and districts where leadership skills are developed while having fun and making connections. This year Rotherham Sitwell Rotary Club sponsored Isobel, a student from Thomas Rotherham College, and she sent the following report of her experiences at Castleton Camp in Derbyshire:

“From RYLA I wanted to develop my interpersonal skills, gain knowledge on what it takes to be a good leader and become more confident in myself and my abilities. My experience at Castleton and the course was everything that I hoped it would be. It was nice to be in an environment that was almost carefree and had no judgement.
“On the first day we dove straight into the different tasks and challenges; these were all based around getting to know each other and building relationships that would allow us to progress and develop our skills throughout the week.
“My favourite part of the course was taking part in a show. We were divided into groups and were tasked with putting on a performance that the rest had to watch. We had guidelines and specific things that we had to include but the storyline was completely up to us. When it came to the performances, I do not think I have ever laughed as much in my life; it was by far the best task that they asked us to complete.
“My confidence and interpersonal skills have improved since completing the course. I have already put them to effective use during my university interviews which have all gone extremely well so far. The skills that I have gained will last a lifetime and hopefully so will the friendships that I made there.
“I would like to thank all at Rotherham Sitwell for sponsoring me to do this award. I am so grateful for the opportunity you have given me.”