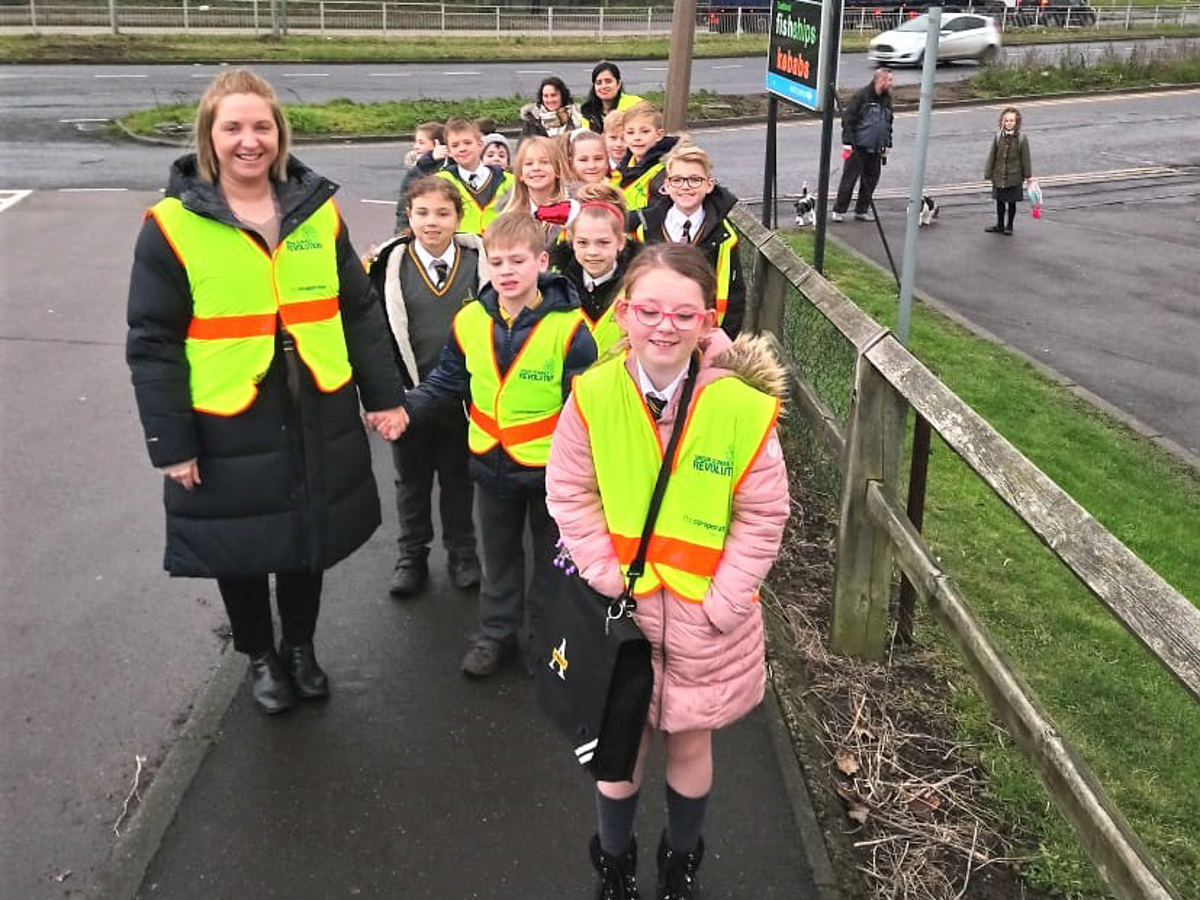 A Rotherham school is looking for more volunteers to help keep its pupils safe on their morning commute after demand for places on its walking to school scheme exceeded supply. Listerdale Junior Academy says it now has a waiting list full of pupils whose parents want them to join its park-and-stride walking bus, which leaves the car park of the nearby Brecks pub, in Wickersley Road and covers the 10-minute journey on foot up Beech Avenue to school.

The walking bus has a capacity of 20 pupils, a figure which is determined by the number of volunteers who are able to look after the children taking part. The bus is currently full every day except for Monday, when the number falls to around 15, which is why the school is now looking for more volunteers to help operate the scheme.

The walking bus is one of a number of initiatives that the school operates as part of its wide-ranging and award-winning road safety campaign.

Last month, it secured the closure of Beech Avenue for a day in order to encourage parents to park their cars in nearby streets to reduce the levels of traffic. Instead of cars, the road was full of children playing games and drawing pictures as part of the event, which was held to mark Walk To School Month.

David Simpson, principal of the school, said: “We are very proud of our Park-and-Stride scheme and delighted that the take-up from parents and pupils has been so good.

“We are now at the stage where we are looking to recruit and train more people to help run the walking bus because we can’t cater for everyone who wants to use it, hence the need to open up a waiting list in the meantime.

“It is a healthy position to be in and testament to the success of our road safety campaign, which is extremely important to us, both because of the benefits that it has to the lives and health of our students and for the positive effects it brings to the local community and the environment.”