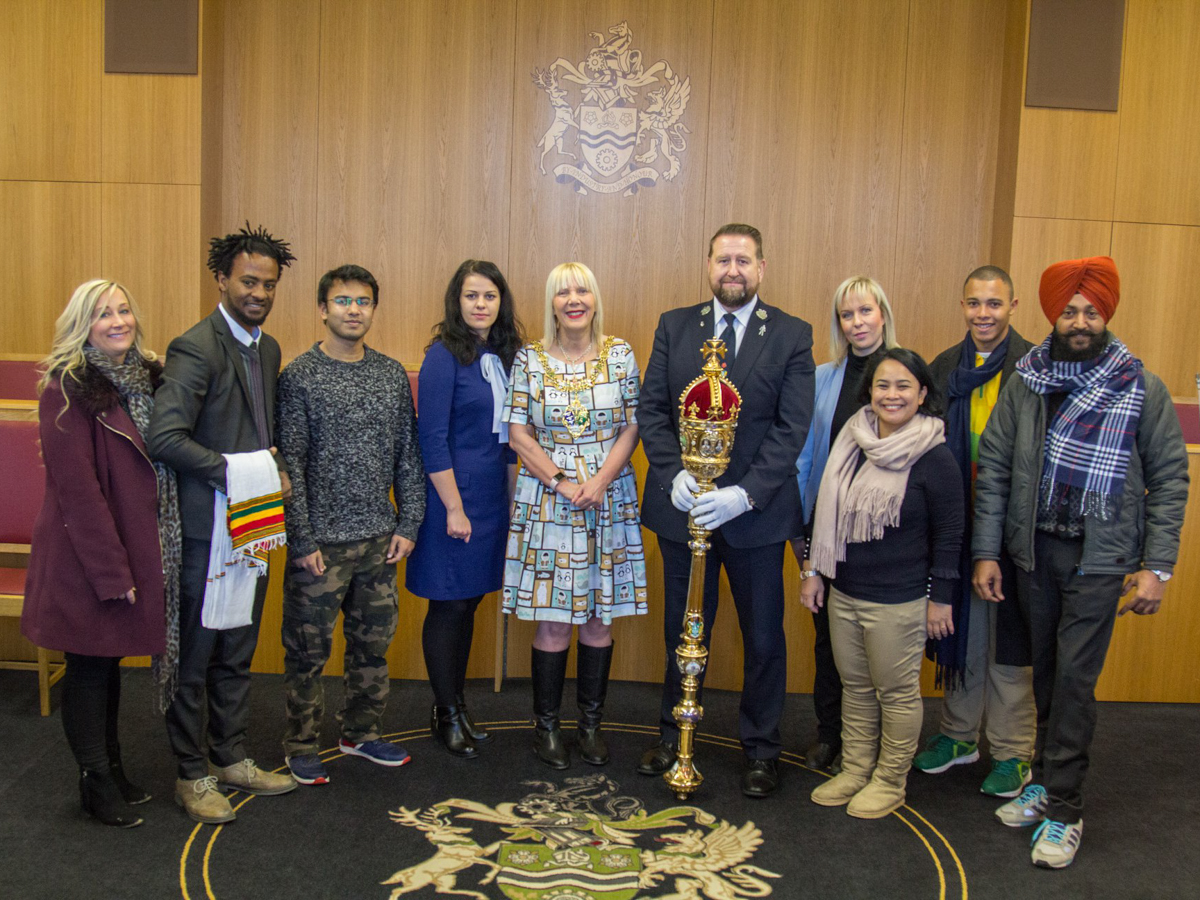 Rotherham hosts active citizens from around the globe

Voluntary Action Rotherham (VAR) and Rotherham United Community Sports Trust (RUCST) hosted active citizens from around the world in Rotherham, for a three day, packed, international study visit, in February. The visit was part of the Active Citizens Programme, funded by the British Council, which VAR has delivered in Rotherham since 2010. This year, VAR teamed up with RUCST and delivered a fun and interactive programme for Rotherham volunteers.

Rotherham hosted five active citizens from; Bangladesh, Ethiopia, Brazil, Lithuania and India. The group were accompanied by a British Council member of staff from Indonesia and a UK British Council journalist.
Active citizens visited a range of Rotherham charities including; REMA, Redroad Community radio station, Wentworth Woodhouse, Liberty Church, New York Stadium/RUCST, VAR and Grimm and Co and had an exclusive tour of Rotherham Town Hall, where they met the Mayor of Rotherham Councillor Eve Rose Keenan. Usie, an active citizen from Ethiopia, presented the Mayor with some art made by street children, as part of his social action project supporting local children to get involved in art in Ethiopia.

Our international visitors were pleasantly surprised that there are 49,000 volunteers in Rotherham and described Rotherham as: “A small town, with lots of compassion’’.
Other feedback included how welcoming Rotherham people were and how much Rotherham projects supported each other.

Kerry McGrath (Volunteer Training and Development Coordinator at VAR) said: “The Active Citizens Programme is a great opportunity for Rotherham volunteers, to make real improvements in their local communities and enables us to highlight the great work and volunteer programmes delivered by our partner organisations in Rotherham and share learning good and practice with active citizens from around the world.’’

For more information about the active citizen’s programme in Rotherham, please contact Kerry McGrath on 01709 834451 or email Kerry.mcgrath@varotherham.org.uk.