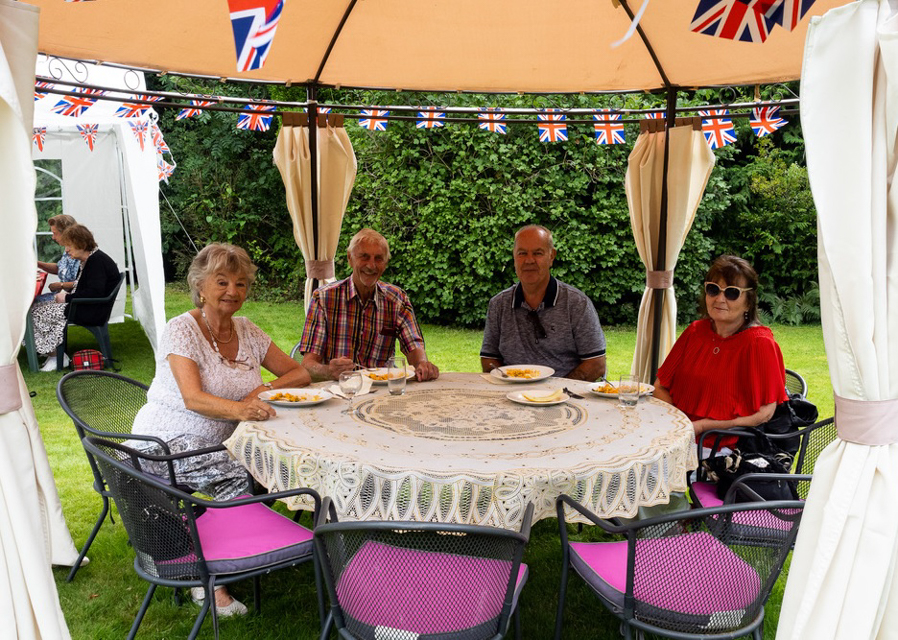 A wonderful change of venue from their Masonic Hall at Rotherham Golf Club to lovely private gardens allowed members of Fitzwilliam Lodge to enjoy a Garden Party / BBQ on Sunday 7th August in the lovely summer weather.

Hosted by Past Master Barry Orr and his wife Margaret in their extensive grounds at their home, members of the Lodge and their families were able to wander round the beautiful grounds, exploring the pathways, lawns and woodland before being served a fantastic meal as they sat under the large gazebos on the main lawn. Fitzwilliam’s very own Spanish chef Emilio Dauden had prepared his speciality paella as the main course in two massive pans which had been simmering away as people had arrived and explored the gardens and chatted.

A prawn cocktail starter or melon whetted everyone’s appetite and then Emilio and his willing sous-chef Chris served up the delicious Spanish delicacy, which was described by several members as the best paella they had ever tasted.

As well as enjoyment there was a serious purpose to this event and there were some interesting prizes on offer in the raffle, which raised a splendid amount for charity.

All in all, a most successful venture for Fitzwilliam Lodge during their summer recess, and one which will definitely be taking place again in the future.