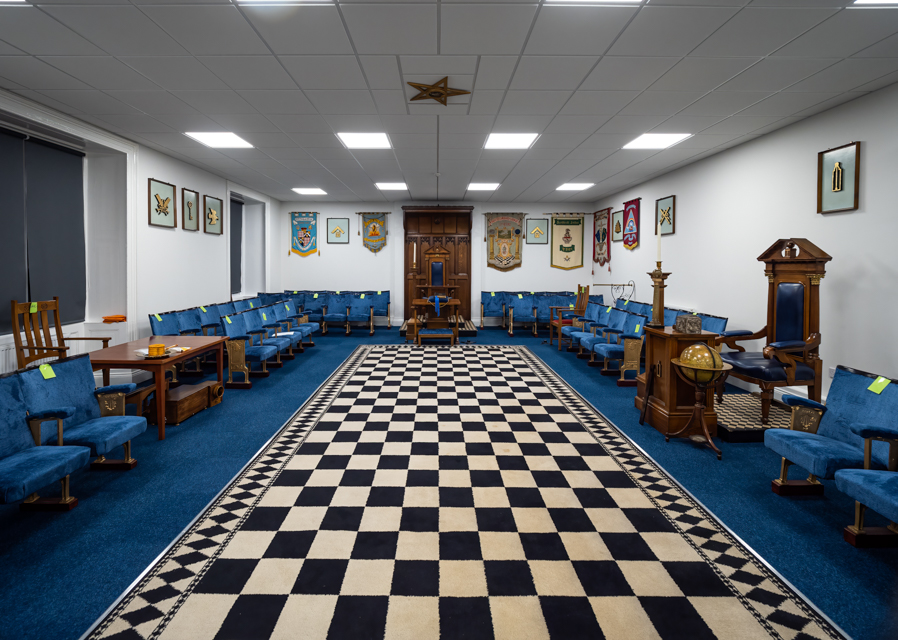 This month Rotherham Freemasons would like to pay a tribute to Joseph Walker, of Sandbeck Lodge and Rother Mark Lodge.
Joe, as he was known by all, sadly and suddenly passed away at the beginning of May just before he was due to go on yet another of his visits to Romania. As well as doing most of the fittings in the new Masonic Rooms, having been responsible for much of the upkeep at the Wellgate Masonic Hall before the move, Joe spent decades going out to Romania and helping to build schools, orphanages and other charitable works.

The photograph shows the chairs, Lodge furniture, banners and other fitments which Joe made sure were all in place in the group’s new home. He spent countless hours working tirelessly and selflessly, putting up fixtures, making sure all the measurements were perfect.

He was a Master Craftsman and will be sorely missed by his wife, son and family, his countless friends both in and outside Freemasonry, and his seat at the New York Stadium where he watched his beloved Rotherham United will be missing a true gentleman and someone who touched everyone who met him with his humility, his humour and his generosity.