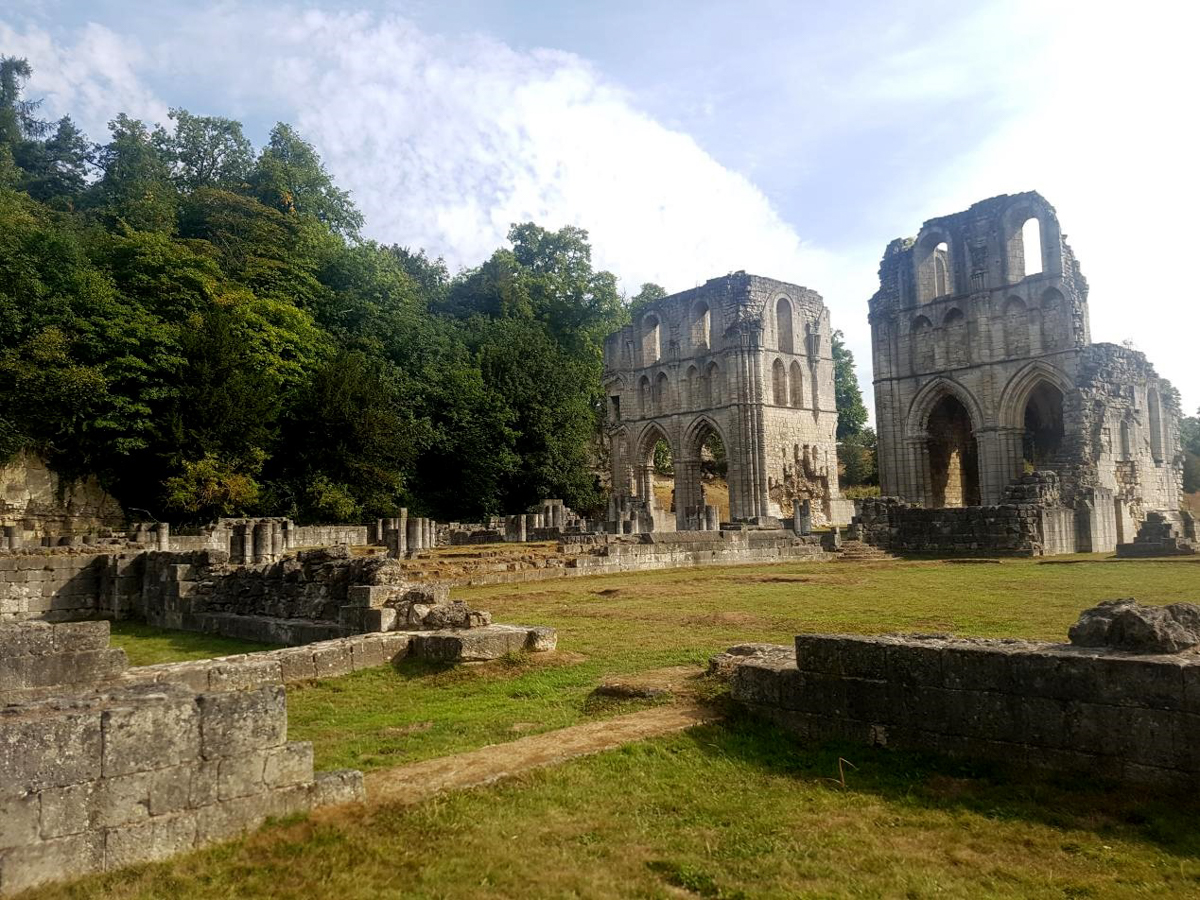 With lockdown, local places are some of the best places to explore, but do we know the hidden history that lies on our doorsteps? A search in the archives unveils some of fascinating historic sites in Rotherham that you could explore on your local walks.
One of the most picturesque sights in all of Maltby, Roche Abbey is a must-see for visitors. It’s a large part of the community, and is one of the oldest sites of worship in Rotherham. When we think of Maltby, we almost always picture Roche Abbey. Surprisingly, however, the monastery and the town never really interacted with each other – not until after its destruction.

Why is there an abbey here anyway?
The origins of this fascinating landmark date back over 800 years. In 1147, a group of 12 monks and 20 lay brothers travelled from Newminster Abbey in Northumberland, with the instruction of constructing a new abbey. These lands were gifted to the monks by local landowners, Richard de Bully, Lord of Tickhill, and Richard, son of Turgis. They became the patrons and guardians of the place. When the monks and lay brothers arrived, they were greeted by wooden frameworks, upon which the stone would be laid. This stone was considered exceptionally high quality, and is how the abbey got its name. Roche is French for ‘rock’. Originally, however, it was called Sancta Maria de Rupe, as Rupe meant ‘rock’ or ‘cliffs’, referring to the limestone valley surrounding the abbey. They favoured to build their monasteries in secluded areas like this. Construction was completed by 1180.

But why is it in ruins?
Abbeys were built to carry out religious duties, scholarly study, housing religious figures, and also provide a self-sustaining economy, usually through farming. In 1534, however, a certain Henry VIII took decisive action to suppress monasteries across the country. He did this in order to reduce Catholic influence in England, as well as take all the wealth tied up in the buildings. Roche found itself being dismantled and torn apart, like many abbeys in England. Unfortunately for Roche, it was not just the King’s men that took it down brick by brick: locals sought after the high-quality stone too.

So how did the community feel about Roche?
The gatehouse, built in the early 1200s, has two archways: one big enough for horse and carts, one big enough for a person. This was intentional, as it allowed visitors and traders on foot or hoof to come to the abbey should they be allowed in. Aside from a dispute with the local vicar over tithes, and providing charity to local poor, the monastery and Maltby rarely interacted. Yet, when it was closed down, they seized the opportunity to take some of the beautifully crafted stone. The story goes that some buildings in Maltby, such as Five Rivers (formerly the White Swan) are made from the abbey. Buildings even as far as the Powerhouse Church in Doncaster are said to have been made using the pilfered stone.

In later years, it has become a big part of the community – not surprising, considering the stunning views and ideal picnicking spots. In the 1843, it was home to the Teetotal Festival. Many people from Maltby came to here during the 1940s and 50s for picnics, swimming, and gatherings. In 1984, English Heritage assumed responsibility for the site, ensuring this fantastic piece of heritage on our doorstep is preserved for generations to come.