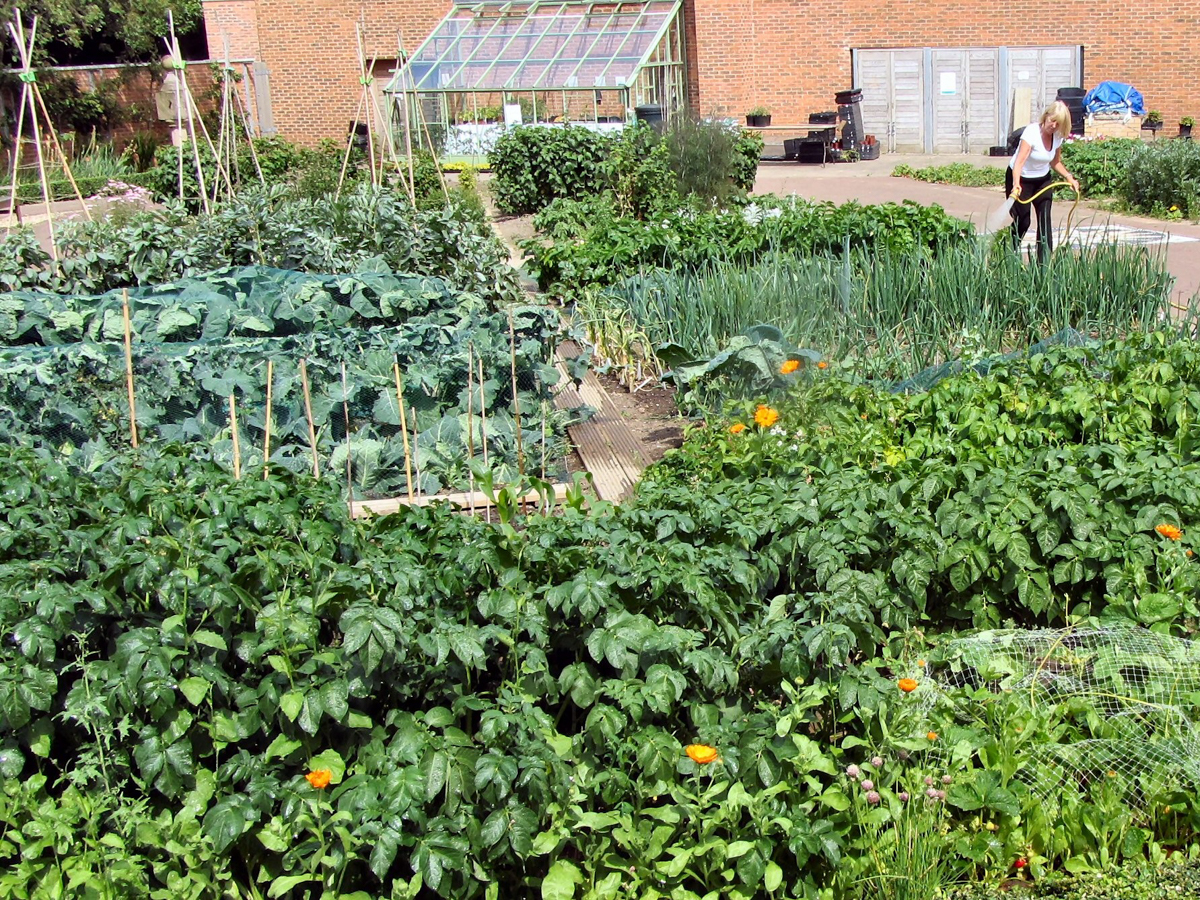 Aided by Heritage Lottery funding, the walled garden in Clifton Park opened in 2011. It’s a re-creation of that which supplied food to occupants of the ‘big house’ during the 18th and 19th century. In 1891, after standing empty for a decade, the house and remaining parkland was bought by Rotherham Corporation for £23,000 (£25.96 million in today’s currency) and opened by the Prince of Wales as a public park in the same year. Since then, generations of Rotherham residents have enjoyed this wonderful amenity.

The ‘heritage’ walled garden is cultivated by community groups, one of which is Rotherham U3A’s ‘Grow Your Own’ group. Food wise there’s little better than the tangy taste of newly picked fruit and vegetables. The shorter the time interval between harvest and plate, the more beneficial they are to health. There’s also the economic benefit of homegrown produce; the physical and psychological benefit of outdoor activity; and the calming effect of being in touch with nature throughout the year. All strong reasons for venturing out, trowel in hand, seed packets in pocket and giving it a go.

The U3A gardeners meet in the garden each Thursday from 10.00am onwards. Guided by much-valued mentor Bennie from RMBC, they weed, sow and water, reaping the fruits of their labours according to the season. Seeds and tools are provided. The pleasure of working in this historical setting adds greatly to the satisfaction of a job well done. Non-U3A members are invited to go along and try it before deciding whether to join.