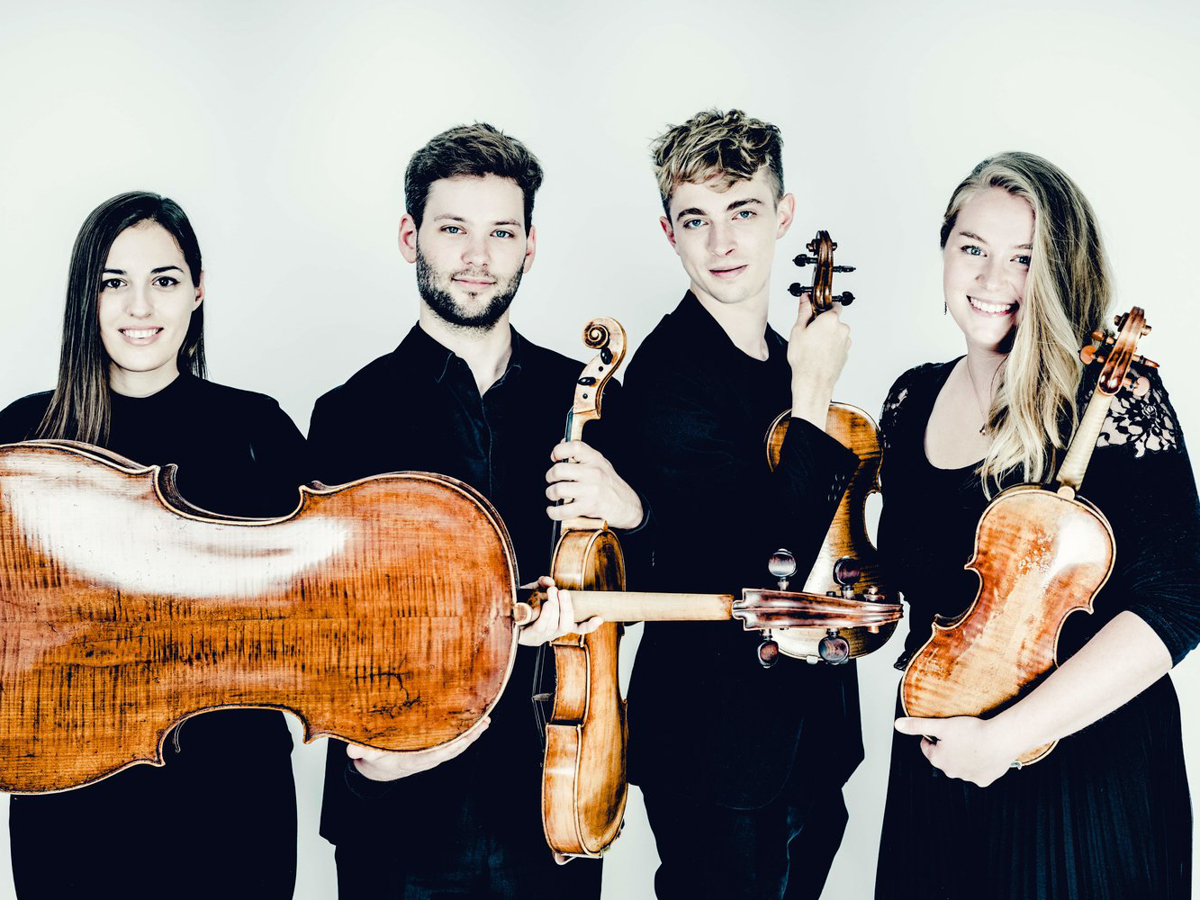 The Barbican String Quartet came to Tickhill Music Society fresh from their success at an international music competition in Heidelberg. Their reputation had preceded them, having been hailed by The Times for their “gusto, comradeship and sharp attack” and by The Telegraph for their “blazing and unusually forthright performance”. They proceeded to captivate a large audience at Tickhill in similar manner.

The central work in their performance was a quartet by Bartok — almost certainly the first time his work has been heard at Tickhill. It was challenging for the audience, but was tackled with aplomb by the Barbican Quartet. The piece did not show its age, despite being composed 85 years earlier, and its edginess was no doubt a reflection of the times in which it was written.

The Bartok was book-ended by more familiar works by Mozart and Schumann. The former was given a crisp and engaging performance, and the latter received equally energetic and respectful treatment.

At the end of the evening the audience were treated to an encore in the form of Schubert’s delightful Quartettsatz. The members of the Barbican Quartet may come from four corners of Europe, but they clearly love making music together, and Tickhill Music Society felt privileged to have heard an outstanding performance.
Review by Adrian Hattrell