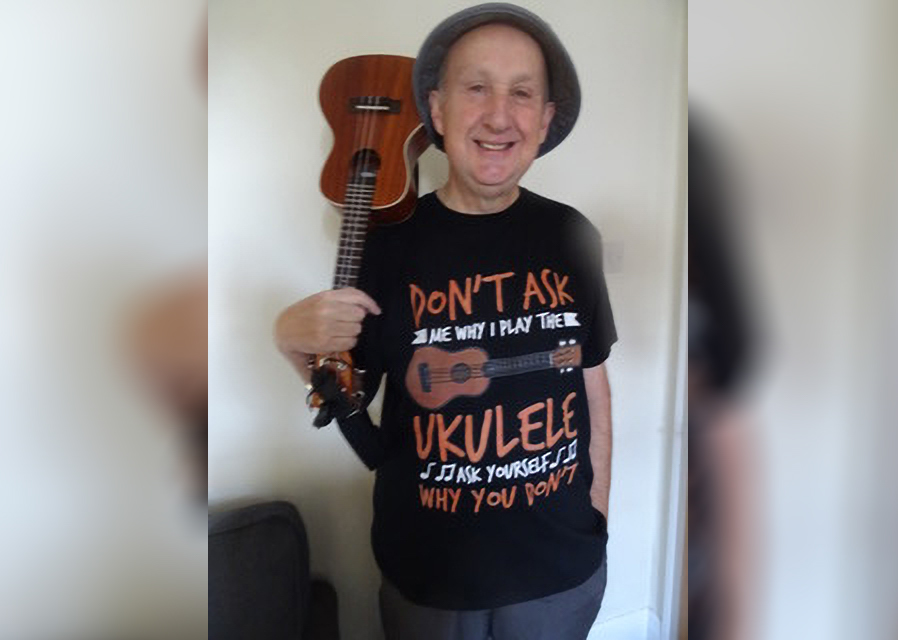 In 1858, Hawaii welcomed large numbers of Portugese immigrants, from the island of Madeira, to work in the fast-expanding sugar cane plantations. They brought with them small, acoustic instruments with four metallic strings, called ‘machete de braga’. This became, in the Hawaiian tongue, ‘ukulele’, which translates as ‘jumping flea’. The King loved the sound, ordering it to be played at royal events, which quickly established it as the country’s national instrument. Its popularity spread rapidly, first to the USA, and then across the world.

In 1934, a Lancashire performer, George Formby, made his debut playing the ukulele and singing light, comical songs. He soon became the UK’s highest-paid artist, selling millions of records, filling Music Halls to capacity and starring in a seemingly-continuous stream of films.

Post-1945, ukulele sales fell – but since 1990 it has become the UK’s biggest-selling instrument. Unlike a novice violinist or trumpeter, a ukulelist makes music from the start, and with prices ranging from £20.00 upwards a beginner’s ‘uke’ is easily affordable. It’s also easy to learn.

John Todd, an enthusiastic ukulelist, decided to turn his hobby into a Rotherham u3a activity and, within weeks, identified 10 people who already played the ukulele or were keen to learn. The group launched in October and, by Christmas, had 12 keen members – from absolute beginners to experienced players. In all u3a groups members learn together, the more experienced helping beginners. After one meeting, everyone played and sang two numbers together. It sounded great!

As the logo on John’s T shirt says: “Don’t ask me why I play the ukulele; ask yourself why you don’t.”
For further information please ring 07760 203982 or visit www.u3asites.org.uk/rotherham.