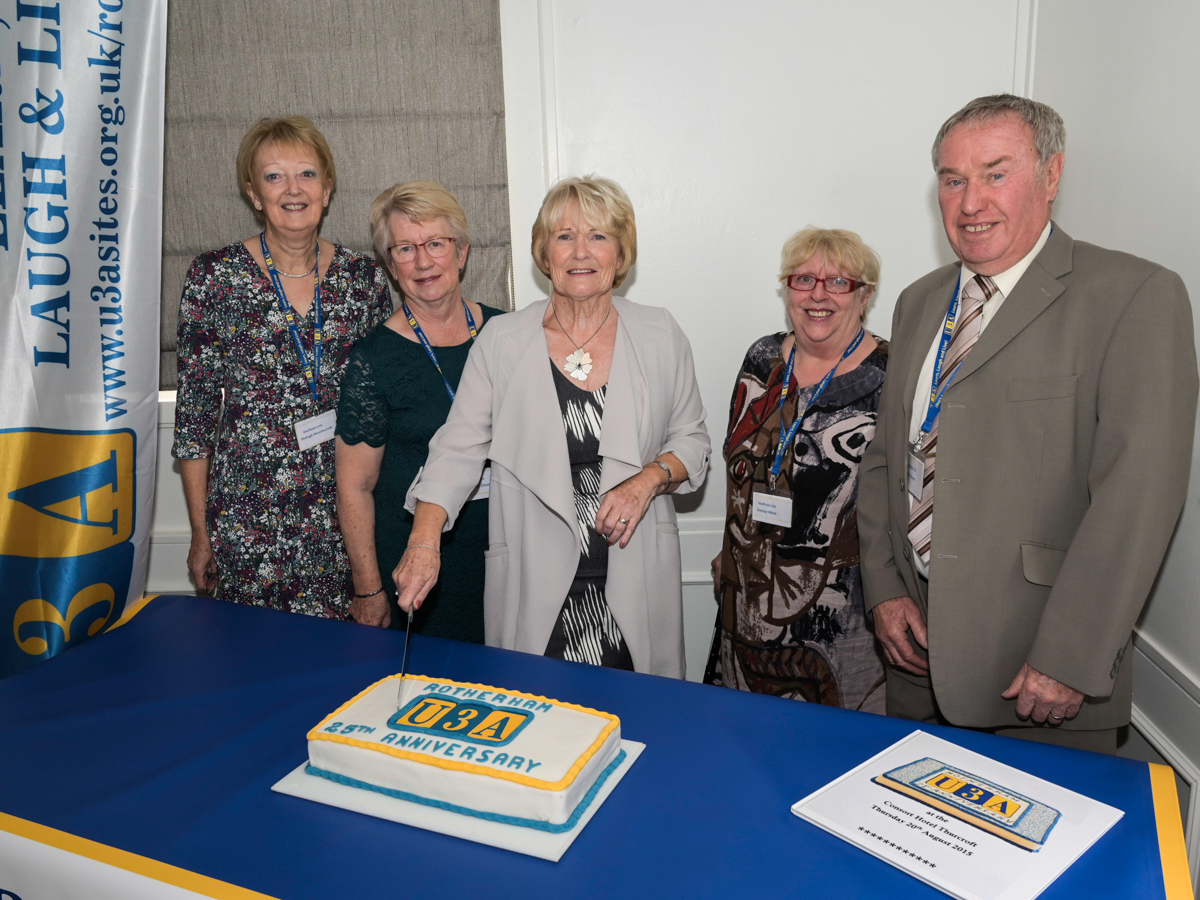 25 years ago, was the year that saw the official opening of the Channel Tunnel, the first draw of the National Lottery and the launch of Play Station. At the same time a small group of local people, under the leadership of Tom Brown, sowed the first seeds of Rotherham U3A. Tom, a promoter of lifelong learning, saw government cutbacks in ‘adult leisure classes’ like art, crafts and fitness depriving older people of opportunities to keep mentally, physically and socially active. The establishment of a local U3A would change all that.

From 1994, membership has grown steadily from 60 to 465, and interest groups have increased from five to 35. To celebrate this ‘milestone’, an anniversary lunch was held at Aston Hall on Wednesday 9th October, where members exchanged stories of U3A, past and present, prompted by a timeline and photographs showing its history. Judging by the animated conversations around the room, no one would doubt that the U3A motto, ‘learn, laugh and live’ is absolutely appropriate.

Speaking of anniversaries, this year the Blue Diamond Group marked 115 years of trading by opening its newest, largest, flagship garden and home centre at East Bridgford. This is where the U3A Gardening group will be heading on Friday 15th November, to enjoy browsing a multitude of plants and the Christmas displays. The centre prides itself in stocking many unusual items. It also houses a local, artisan, ethical food store and boasts two restaurants, each serving homemade meals. The coach costs £15.00 for members and £17.00 for non-members. Contact Martin Ford on 01709 324672 for details.

To learn about U3A activities, visit www.u3asites.org.uk/rotherham or contact Sylvia Duncan on 01709 374841.