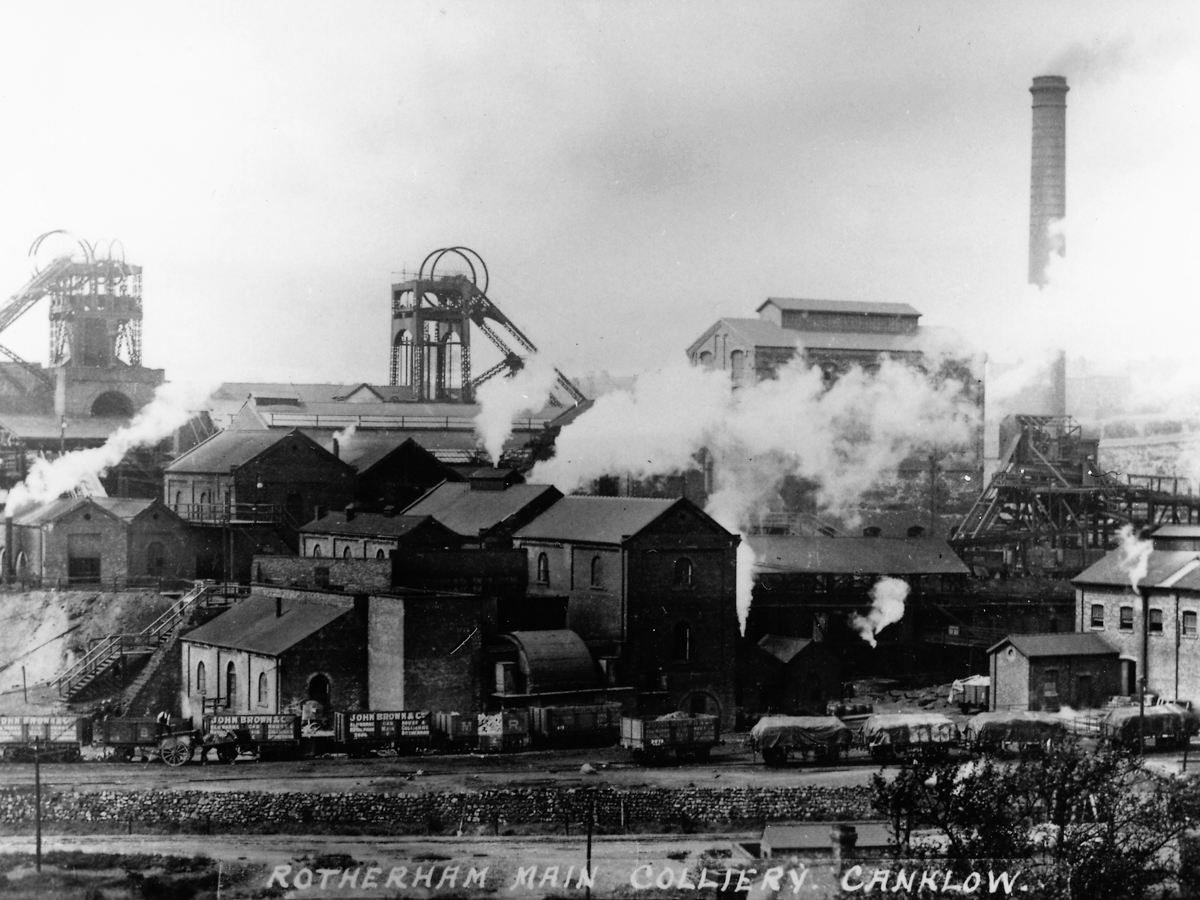 Migrants from near and far

In the second half of the nineteenth century and the first three decades of the twentieth century the South Yorkshire coalfield, with Rotherham right in the middle of it was like the Wild West. Migrants flocked in from every corner of the country and beyond to work in the collieries.

Agricultural villages were changed almost overnight into mining villages and completely new mining settlements also sprang up. Take, for example, the impact of the opening of Rotherham Main Colliery at Canklow in 1876 shown in the bove photograph. The owners, John Brown & Co, the Sheffield steelworks business, built to the east of the colliery a long residential street called Atlas Street (named after their works, the Atlas Works). Atlas Street was a perfectly straight street village. Apart from the co-operative stores, every building was residential. Altogether 747 men, women and children lived on Atlas Street in 1901. In that year there were 242 employed men and boys living on the street, of whom 212 (87.6%) were colliery workers. Most of the 242 men and boys were migrants. Only 40 (16.5%) were born within what is now the modern metropolitan borough of Rotherham. Forty-one (17%) were from the rest of South Yorkshire and another 24 (9.9%) were from other parts of Yorkshire. Other important sources of migrant workers were Derbyshire, Leicestershire, Staffordshire and Shropshire. Among surprising birthplaces of residents of Atlas Street were Maidstone in Kent, Dunstable in Hertfordshire and Saxmundham in Suffolk. And as usual there were a few miners from Wales, Scotland and Ireland.

The impact of mining development on previously small rural villages was also almost overwhelming. The second photograph shows Nelson Road in Maltby which was part of the expanding ‘model village’ built to accommodate miners after the opening of Maltby Main Colliery in 1911. Until 1905 Maltby was a small, sleepy estate village. Most of the inhabitants were tenants and/or estate workers on the Sandbeck estate of the Earl of Scarbrough. Apart from a few incomers the only strangers that the inhabitants of Maltby would have seen before 1905 would have been tourists in wagonnettes visiting the nearby ruins of Roche Abbey. But in 1905 everything was about to change. In that year the Earl of Scarbrough signed a 60-year agreement with the Sheepbridge (Chesterfield) Coal and Iron Company to mine the coal beneath the Sandbeck estate. In his autobiographical Brother to the Ox (1940), the Maltby writer Fred Kitchen described the upheaval caused by the building of a new railway and the sinking of the colliery: the inconvenience for farmers, the blasting and rumbling, the disturbance of wildlife, the building of a new temporary town (Tin Town) for the railway builders, the arrival of navvies and drunken brawls on Saturday night. ‘Not since the time of the Danes had our village suffered such an invasion’ he wrote. In 1901 the population of Maltby was 700. By 1921 it was 7, 657. At the time of the 1911 census in the very earliest period of its expansion it is surprising where newcomers had come from. If we just take one street as an example: in that year there were 163 people living in Muglet Lane including 64 working men and boys. Not one of these had been born in Maltby and they came from as far away as London, Surrey, Kent, Devon, Monmouthshire in south Wales and Nova Scotia in Canada!