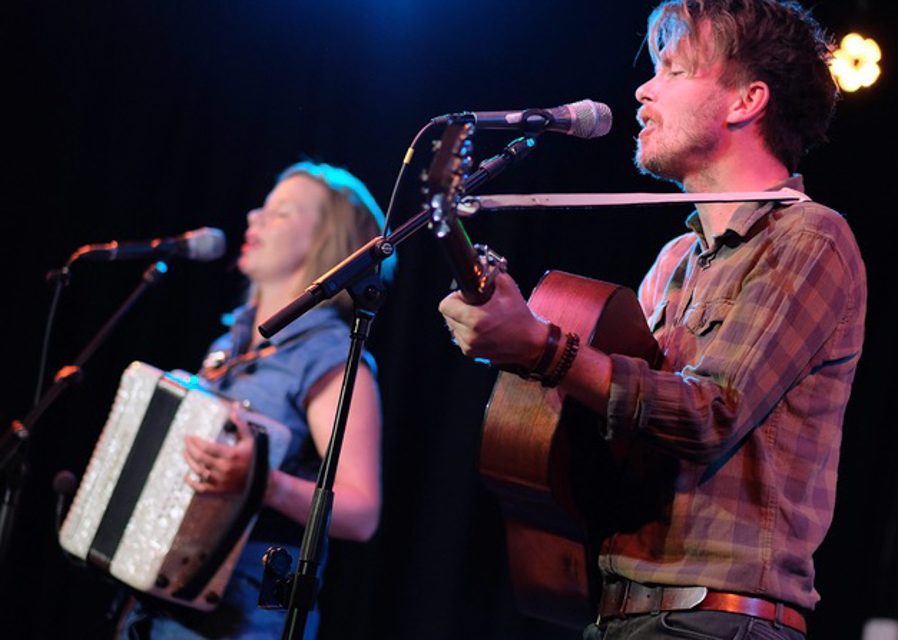 Live music returns to The Wesley Centre with Megson

Live music returns on Saturday 29th January to The Wesley Centre in Maltby, with a much-anticipated concert from the acclaimed and multi-award-winning folk-roots duo Megson.

Four times nominated in the BBC Radio 2 Folk Awards and double winners of the Spiral Earth Awards, Megson are husband and wife duo Stu and Debbie Hanna. They draw heavily on their Teesside heritage to create a truly unique brand of folk music, bringing an infectious mix of heavenly vocals, lush harmonies, piano accordion, driving rhythmic guitars, mandola and banjo. Megson have gained fame on the British folk scene, not only for their arresting and intelligent song-writing but also for their exquisite musicianship and northern humour.

2019 saw the release of their album ‘Contradicshun’, gaining them even more critical acclaim including ‘Folk Album of the Week’ from The Sunday Times. Legendary folk broadcaster Mike Harding said: “Megson have brought out a constant stream of absolutely stunning albums over the years and this is no exception. A cracker of an album.”

2022 sees them back on the road promoting a brand-new studio album ‘Unknown Waters’ – a collection of songs from North Eastern songwriters.

Tickets cost £15.00 and can be booked at www.wegottickets.com. For further information please email nwilson33@hotmail.com.