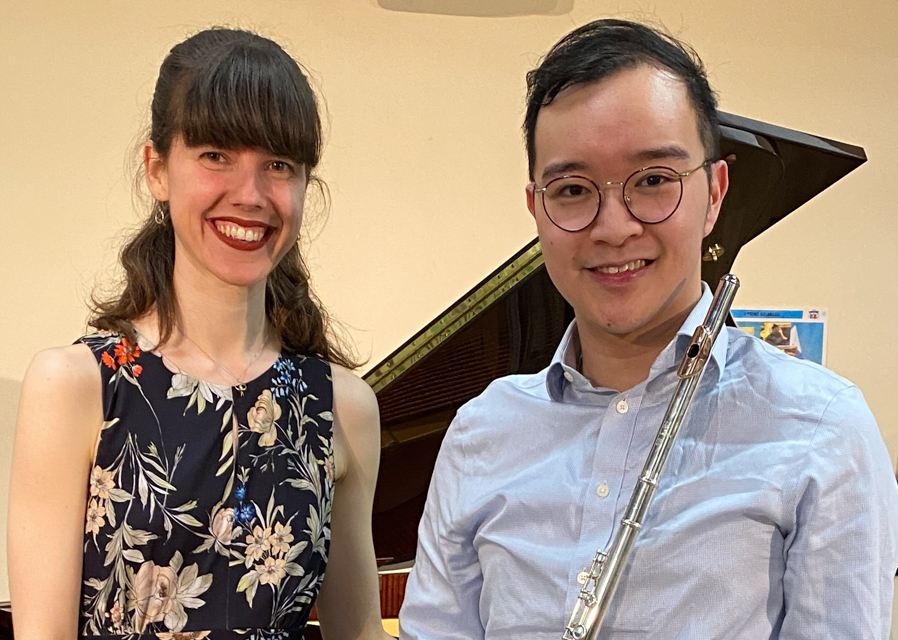 The flute is one of the oldest instruments known to man, and at Tickhill Music Society’s recent concert it was in the hands of the brilliant young player Sirius Chau. For his programme he chose the title ‘On a Theme of War and Peace’. It is perhaps not surprising that his material was drawn from the last two centuries, when Europe was dominated by revolutions and two world wars. The compositions, on the other hand, were largely lyrical and appeared not to reflect the grim circumstances in which they were written – perhaps the subject for a thesis by a future music student.

These thoughts, no doubt, were far from the minds of the small but appreciative audience, who enjoyed works and composers both familiar and unfamiliar. The former ranged from Schumann to Poulenc via Prokofiev, and all were performed brilliantly and sensitively by Sirius, accompanied at the piano by the equally talented Irena Radic.

The recital drew to its conclusion with Poulenc’s Sonata for flute and piano, which has become a fixture in the chamber repertoire, and a Fantasy on themes from Bizet’s Carmen. The final item hid behind the non-committal title of ‘Tango Fantasia’, until it revealed itself as the familiar tune ‘Jealousy’. Overall, an evening of pure pleasure, delivered by two highly talented young musicians. Review by Adrian Hattrell

Tickhill Music Society’s next concert (preceded by the Society’s AGM) will be on Friday 8th April at 7.00pm at St Mary’s Primary School, Tickhill. Angelina Egerton will be performing a range of harp repertoire to suit all tastes, including Bach and Debussy, Catriona McKay and Esther Swift, together with folk tunes, songs from the shows and jazz.

The cost for non-members is £12.00 at the door (please note that no change is given). Accompanied children and students (aged 16 to 19) are admitted free of charge.