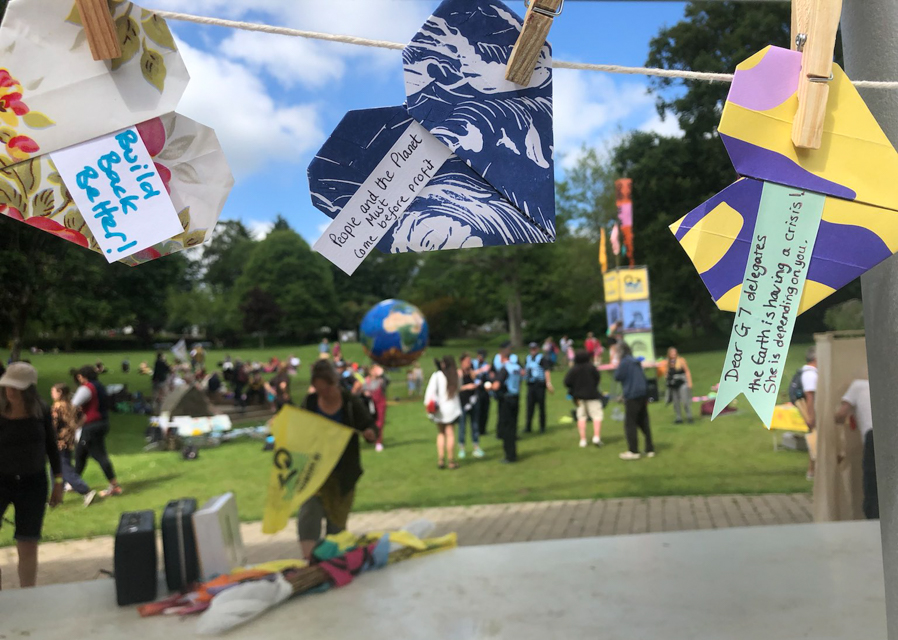 A new group called COSY (Craftivists of South Yorkshire) has been set up and they’re aiming to give people the opportunity to take part in some craftivism with a climate and environmental focus. It’s a form of gentle protest that absolutely anyone can get involved with and it’s a great way for people to do something meaningful, especially if they aren’t able to go to physical protests or demonstrations.
In May they held an online taster session where they made origami hearts with messages to the delegates who attended G7 in Cornwall in June. They’re also going to be taking part in Stitches For Survival, which is a project that will be displayed at COP26 in Glasgow in November.
They’re hoping to arrange local meet ups where members can get together and make things to raise awareness about issues such as air pollution and nature destruction, as well as being able to chat about these issues as they can all feel a bit overwhelming!
They would love for anyone to get involved. Send them a direct message on Instagram (COSouthYorks) and they will answer any questions and share details of their projects and meet ups.