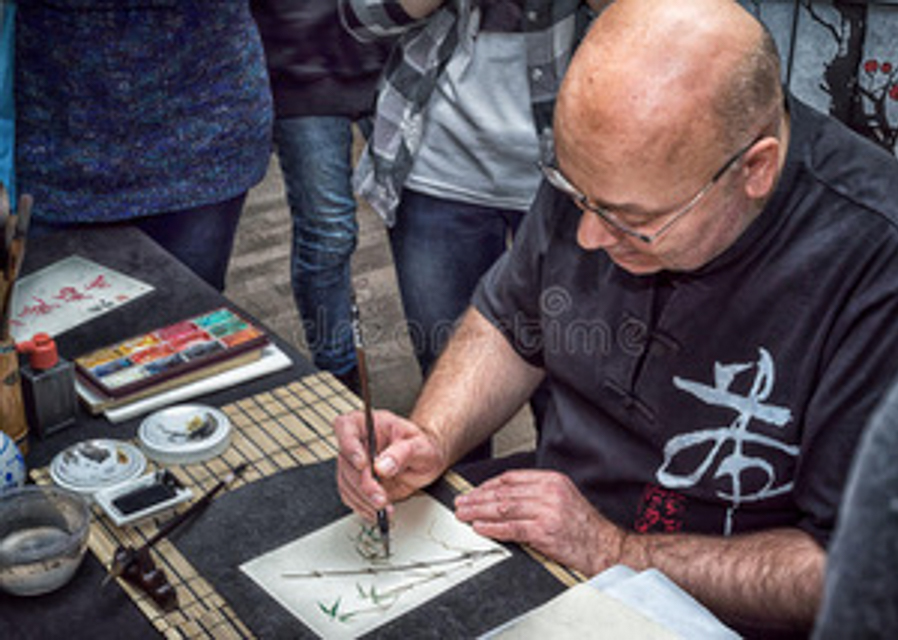 Natural history broadcasts have shown the ways in which animals communicated, including early humans, by using sound, gesture and appearance. As the human form evolved over tens of thousands of years, so too did the brain, nerves and muscles, leading to the ability to make the range of complex sounds necessary for speech. Thoughts, feelings and stories could be expressed directly to others within hearing distance.

The oldest known evidence of ‘writing’ and of visual storytelling is found in cave art, the earliest examples of which date to 30,000 BCE. The paintings record information that could be ‘read’ by anyone passing. However, it wasn’t until 5,000 years later that the written word, invented by the Sumerians, allowed ideas, stories and feelings to be carried to others at a distance.

Basic at first, the more artistic of writers began to embellish their letters, and the art of calligraphy was born. Calligraphy is the skilful art of lettering using a pen, ink brush or other instrument – chisels included. The Romans were probably responsible for its widespread introduction and popularity. There are many types of script, each visually pleasing and adding that ‘special something’ to documents and works of art. They’re commonly seen on invitations, hand-lettered logos, posters, illuminated texts, book, film and television titles,and wooden or cut stone inscriptions.

A Rotherham u3a pilot calligraphy group is planned. It lacks just one thing: an experienced calligrapher to lead one or two (paid) preliminary sessions, providing information about equipment and techniques. If any reader is that person, or knows of someone who could help, please contact Sylvia Duncan 01709 374841 or visit www.u3asites.org.uk/rotherham.