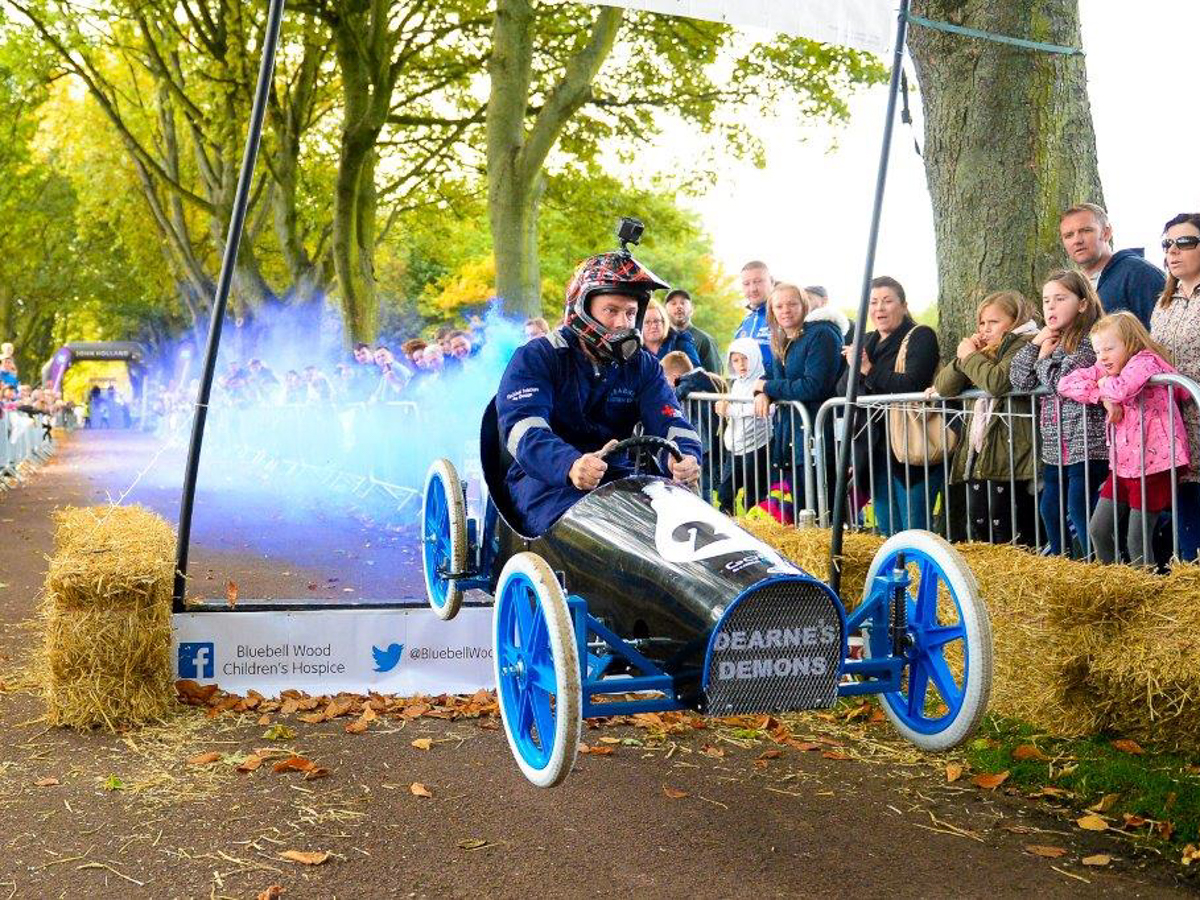 An award winning event returns to Rotherham for a third year this September. Budding cart racers will have the chance to test their skills against teams from Hellaby, Chesterfield, Retford and Sheffield, that have already snapped up places in Bluebell Wood’s Soapbox Derby, on Saturday 22nd September.

The charity event sees thousands of spectators cheer on riders, steering homemade carts down a track at Clifton Park. Among the teams planning to take part this year are PMS Diecasting from Hellaby, racing as ‘Practically Mad Scientists’, New Whittington Social Institute from Chesterfield, ‘The Farmers’ team from Retford and Silver Flyers, Aladdin and Axles of Awesome teams from Sheffield.

The Soapbox Derby, run by Bluebell Wood Children’s Hospice, won the Best Use of Events award at the National Fundraising Awards 2017. It sees teams of daredevil drivers steering hand-built racing cars, made from baths, bicycles and wheelchair parts, over bumps, jumps and chicanes.

Every team has two chances to race their soapbox down the track, with the team that achieves the best average time over the two runs lifting the trophy. Last year’s winners were Bolsover’s Chapman Light Engineering which managed a combined time of 76 seconds. Clifton Community School and Axles of Awesome took joint second place.

All the teams take on the design, build and racing challenge to raise money for Bluebell Wood. The hospice supports families facing the toughest of times, across South Yorkshire, North Derbyshire, North Nottinghamshire and parts of North Lincolnshire. There will be something for everyone on the day, with rides for younger children and a collection of classic cars on show.

Rachel Hodges, Senior Events Fundraiser, Bluebell Wood, said: “We’re really looking forward to another unforgettable day out for racers and spectators alike. Now’s the time to snap up a team place if you fancy putting your cart design and racing skills to the test. Every penny of sponsorship will help our families to live with love and laughter and make special memories, whether they have days, months or years left together.”

People can sign up for the Soapbox Derby by emailing eventsteam@bluebellwood.org, calling 01909 517365 or at www.bluebellwood.org/support-us/events/find-your-nearest-event/soapbox-derby-2/.