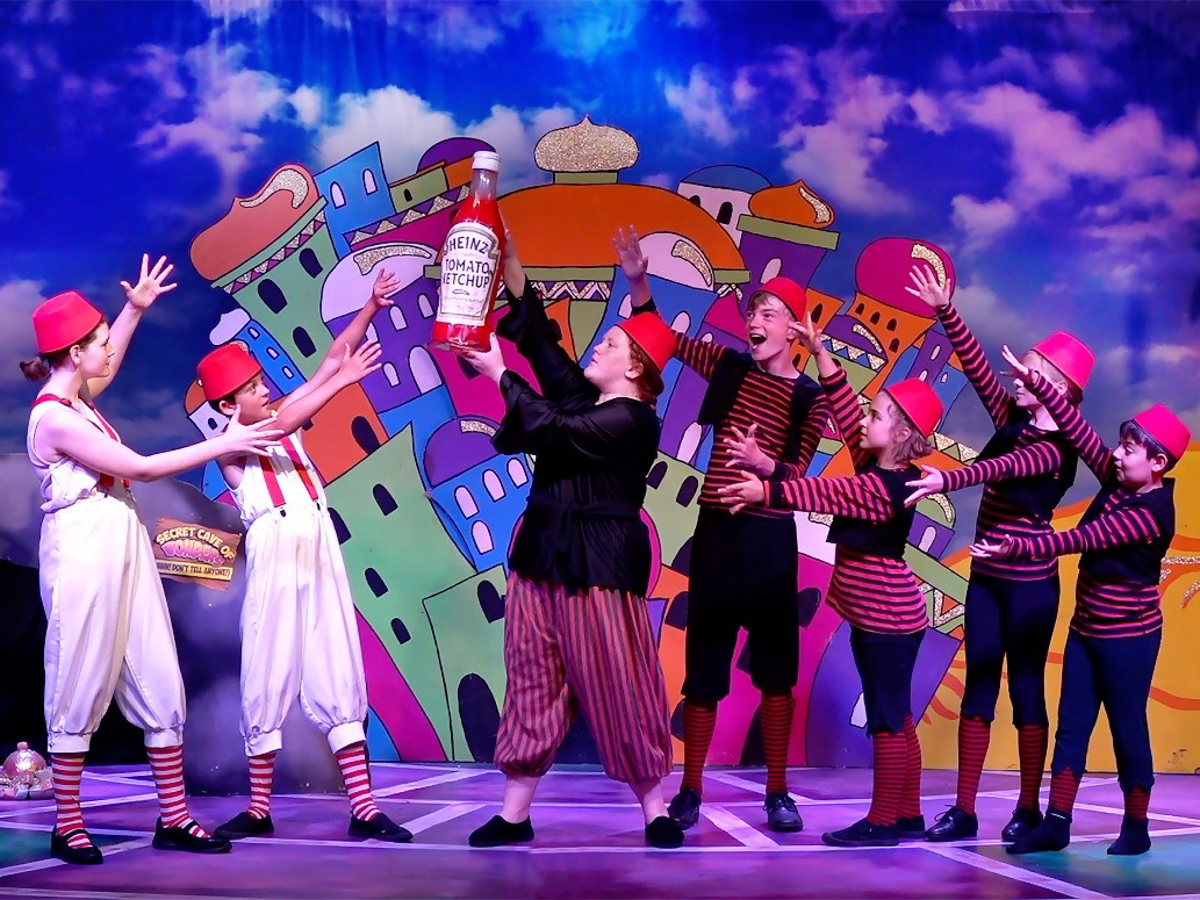 Sixty local youngsters became movie stars this summer when they attended Theatre Week at Worksop’s Acorn Theatre – and found themselves sharing the screen with legendary actress Joanna Lumley! The Queen Street venue was transformed into a Hollywood film set, with lights, cameras, and even a Green Screen studio to still give the children the excitement of performing – despite current restrictions.

“For months, we feared we wouldn’t be able to run the 28th year of Theatre Weeks at all,” said director Hayla Hawes. “When we finally got the go-ahead, restrictions on numbers of children and no live audience meant we had to adapt our usual format of learning and performing a musical in five days.”

“So instead, we decided to film a movie, packed with fun, dance, drama and topical twists. The kids have had a blast performing in front of the cameras, and the icing on the cake has been a guest appearance from the wonderful Joanna Lumley!”

The Absolutely Fabulous star jumped at the chance to be involved when she was asked, and recorded a special segment of video for the film. Joanna told them: “I’m so glad and happy to have been a part of your gorgeous project: I’d love to see the films when they’re ready!”

At the end of the week, the young stars rolled out the red carpet and enjoyed popcorn as they watched their finished film on a giant screen, before going home and watching the world premier on YouTube with their families. But the Joanna Lumley surprise was kept secret all week and only revealed at the screening to surprised and delighted children and families!

The team, who also run The Young Theatre Company at The Acorn, had to suspend their weekly theatre classes in March. However, they’ve kept in touch with their 220 pupils through free online activities and performing sessions. The pupils even made a wonderful Rainbow Song video that has so far raised nearly £2,000 for Bassetlaw Food Bank.
However, The Young Theatre Company are delighted to announce that their theatre classes restarted in September at The Acorn. If you’d like to find out more or register for a place, visit the group’s website at www.youngtheatre.com.