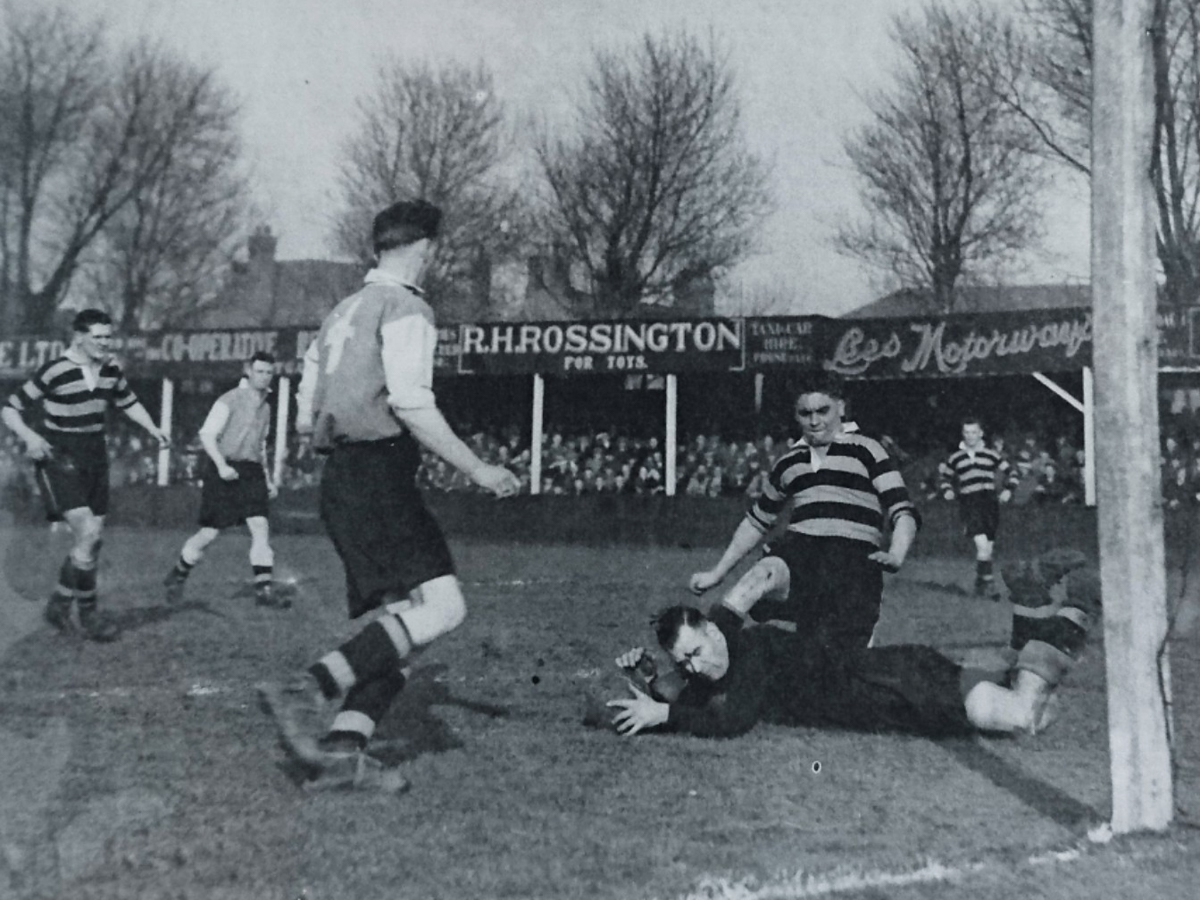 The origins of the Worksop Town football club are shrouded in mystery. Although the early records of the club have been lost, the earliest surviving minute books from early in the 20th century have 1861 as the foundation date and the date appears in dozens of newspaper reports and other sources.

An 1861 foundation date establishes Worksop Football Club as the fourth oldest club in the world — out of over two million, putting Worksop at the heart of the development of the global game as we know it. The first recorded ‘derby’ against Retford (who were then called Retford Rovers) was played in 1877 and predates the Manchester, Liverpool and Sheffield professional derbies. It is undoubtedly one of the oldest derbies in the world.

The exciting aspect of researching the first volume of my book, Worksop Town Football Club, The Early Years, was the process of separating folk-tales and myths about the club from reality and, in doing so, discovering the rich sporting heritage of the Bassetlaw region. For example, Worksop was hosting a competitive cricket game between Nottingham and Sheffield as early as 1800 and the Worksop cricket club dates from the 1830s when games were played at the Manor Park ground. It was also an early region for athletic sports, horse racing and prize fighting.

Football was being played at the Pestalozzian school in Worksop in the 1840s. The school which used buildings on Potter Street, including the current Masonic Hall was a fascinating and innovative school. The sons of Ibrahim Pasha, the Khedive of Egypt studied at the school alongside the sons of Taylor, the founder of the Manchester Guardian and Cobden, who introduced The Anti-Corn Law league.

By 1861 there were students from Ireland, France, Switzerland, Mexico, and Australia living in the town. The first recorded football teams were drawn from Worksop’s aspirational middle classes. Victorian Worksop was a meritocracy where self-made men rubbed shoulders, literally, with the aristocracy. They are described as ‘Gentlemen’, a term used lazily by Victorian sports journalists. It could refer to anyone from the great aristocratic land-owners to bare-knuckle pugilists and card sharpers. Even murderous highwaymen were sometimes afforded the sobriquet.

The Worksop branch of the Notts Rifle Volunteers, The Robin Hoods, was formed in 1860, and may have played a role in the formation of the football club.

A second mystery featured in volume one, is centred around the great betrayal of 1923 when Worksop, with a team including nine coal-miners, held the mighty Tottenham Hotspur football team to a draw at White Hart Lane, but failed to return to Worksop, Nottingham or Sheffield to play the replay. The decision broke the heart of players and football supporters in the town.

In both volumes we have set the fortunes of the Town’s football team against the social and historical development of Worksop. Hopefully there is enough of the latter in both books to engage anyone who is interested in the broader history of the town-even if the reader is not a football supporter.

The second volume of my books, ‘Renaissance and Rock n’ Roll’ moves into living memory and is more anecdotal. It covers the exciting FA cup runs of the late 50s and early 60s, with contributions from spectators who watched the games and others who were living in the town at the time. The record breaking Midland League championship season and the inaugural first season in the new Northern Premier League are covered in detail. Local bands and singers, nightclubs, dance-halls and music venues are referenced as the story of the town and football team evolve, side by side, over four momentous decades.

The books have been self-published, with all profits going to the football club or associated projects. After the series is completed with the publication of two more volumes scheduled, a final, revised and definitive history of the club will be published. Books can be purchased directly from the Worksop Town FC club shop or posted to your home address. Contact johnstocks1861@gmail.com. I am also keen to hear from anyone that wishes to talk about the books or contribute information that may further enhance the story of football in Worksop, and Bassetlaw in general.

John is a Sheffield based poet and writer who was born in Shireoaks, Nottinghamshire.