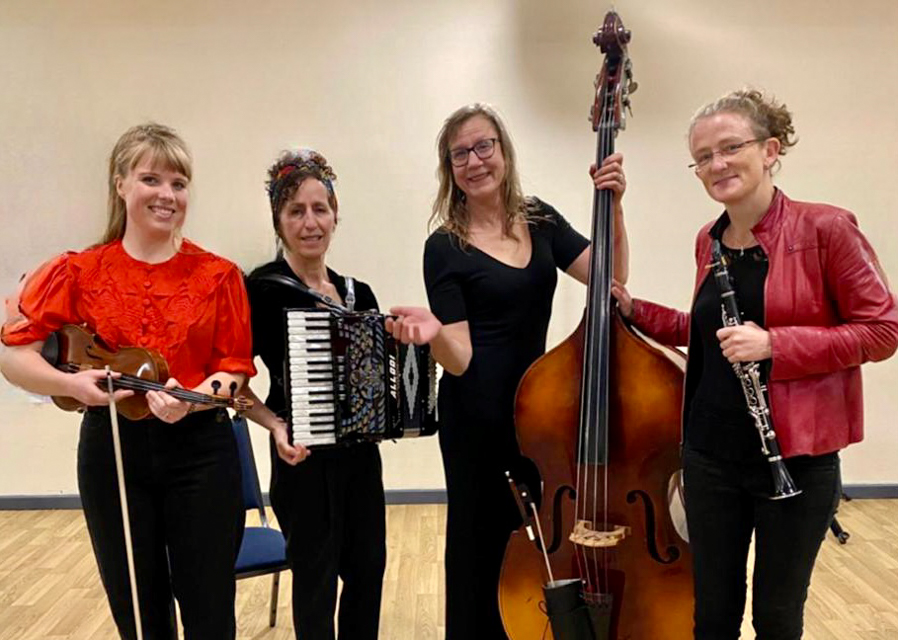 Non-members are welcome at a charge of £12.00, payable on the door. Accompanied children and students (aged 16 to 19) are admitted free of charge.

It is 10 years since Tickhill Music Society last welcomed a klezmer band to one of its concerts. Judging by the applause which greeted the London Klezmer Quartet at its appearance at Tickhill, they have been sorely missed.

Klezmer, for the uninitiated, is a form of traditional music of the Jews of Central and Eastern Europe. The line-up of the LKQ consists of clarinet, fiddle, accordion and double bass (which is both plucked and bowed).

For the Tickhill audience the band went through its repertoire of dance tunes, songs and improvisations, contrasting love songs, dances, laments and drinking songs, and drawing inspiration from all parts of Europe, from Ukraine to Latvia and points in between. The humour was of a wry nature, including a sardonic tribute to the humble potato, the staple diet of the poor peasant. The audience was encouraged to join in with foot-stamping and singing refrains in Yiddish.

It was an evening which not only entertained in spades, but now and again gave a gentle reminder of the hardship suffered by Jews over the ages.