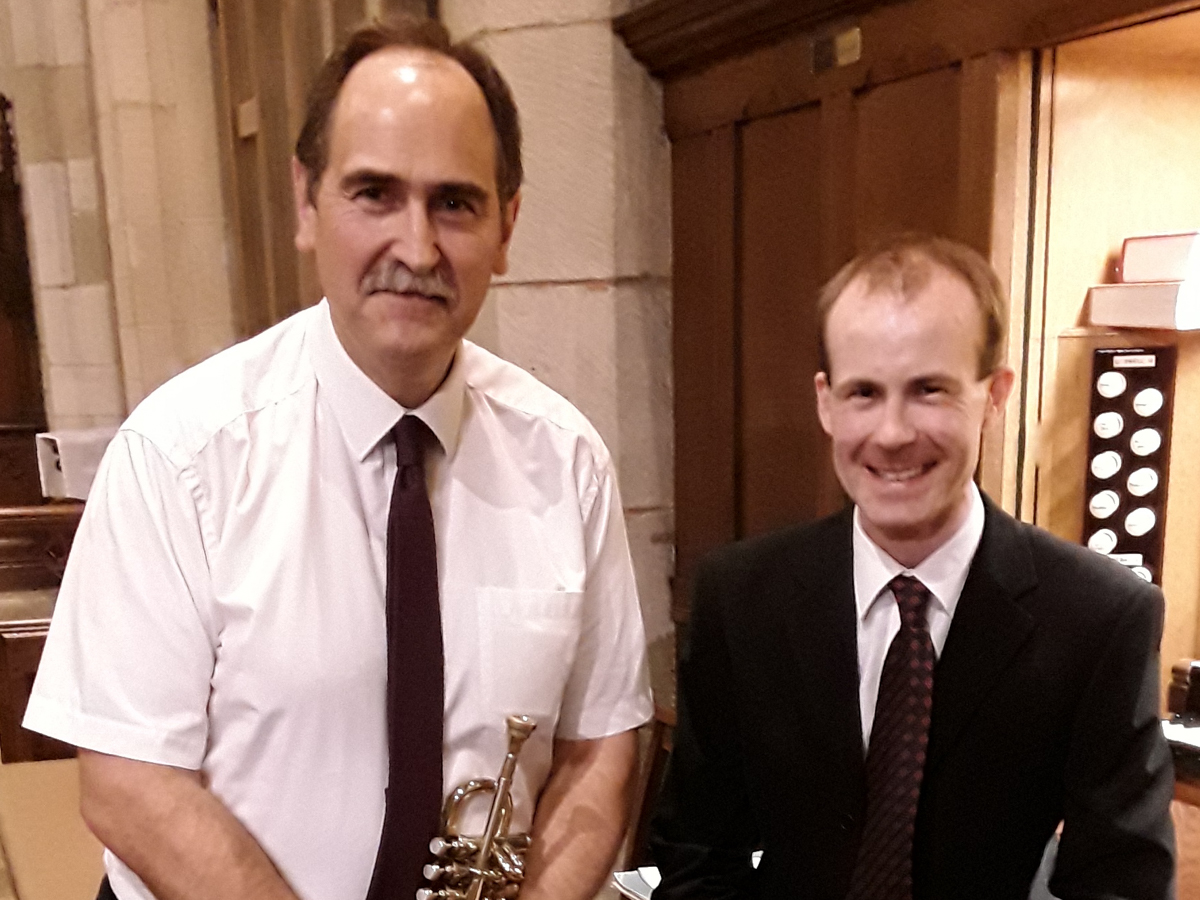 For the opening concert of its 42nd season, Tickhill Music Society used the splendid surroundings of the Parish Church and the talents of two local musicians — Matthew Pitts on the organ and (for the second half) David Tonkin on the trumpet.

Matthew (who had his first lessons on the organ of this church) started in rousing fashion with variations on a theme by Handel and continued with a varied programme covering different ages (from the 17th century onwards) and different countries of Europe and different styles, including a march, a dance and hymn tunes. All were performed with the skill you would expect from a past organist of Chichester Cathedral and St Peter Mancroft Church, Norwich.
The first half closed with a major work in three movements by the 19th century organist Josef Gabriel Rheinberger, whose sonorities filled every corner of the magnificent building.

Trumpet and organ joined forces after the interval, for a programme of baroque music, starting with Purcell. Using a piccolo valve trumpet instead of a natural period instrument, David Tonkin worked his way through pieces by household names like Handel and Telemann and less known but equally satisfying compositions. He ended in the familiar territory of Jeremiah Clarke, whose work ‘The Prince of Denmark’s March’ was for many years attributed to Purcell. All were rendered with great panache and humour, and the contrasting styles of the musicians and the contrasting timbres of their instruments were considered a perfect combination.
Review by Adrian Hattrell

The next concert organised by Tickhill Music Society, takes place on Friday 16th November, at 7.00pm at St Mary’s School, St Mary’s Road, Tickhill. Following their memorable concert of two years ago, Prague-based Trio Martinu make a welcome return to perform works by Bohuslav Martinu after whom the trio is named, Mendelssohn and Beethoven (The Archduke Trio).

Non-members pay £12.00 for each event at the door. Accompanied children (under 16) and students (aged 16 to 19) are admitted free of charge.