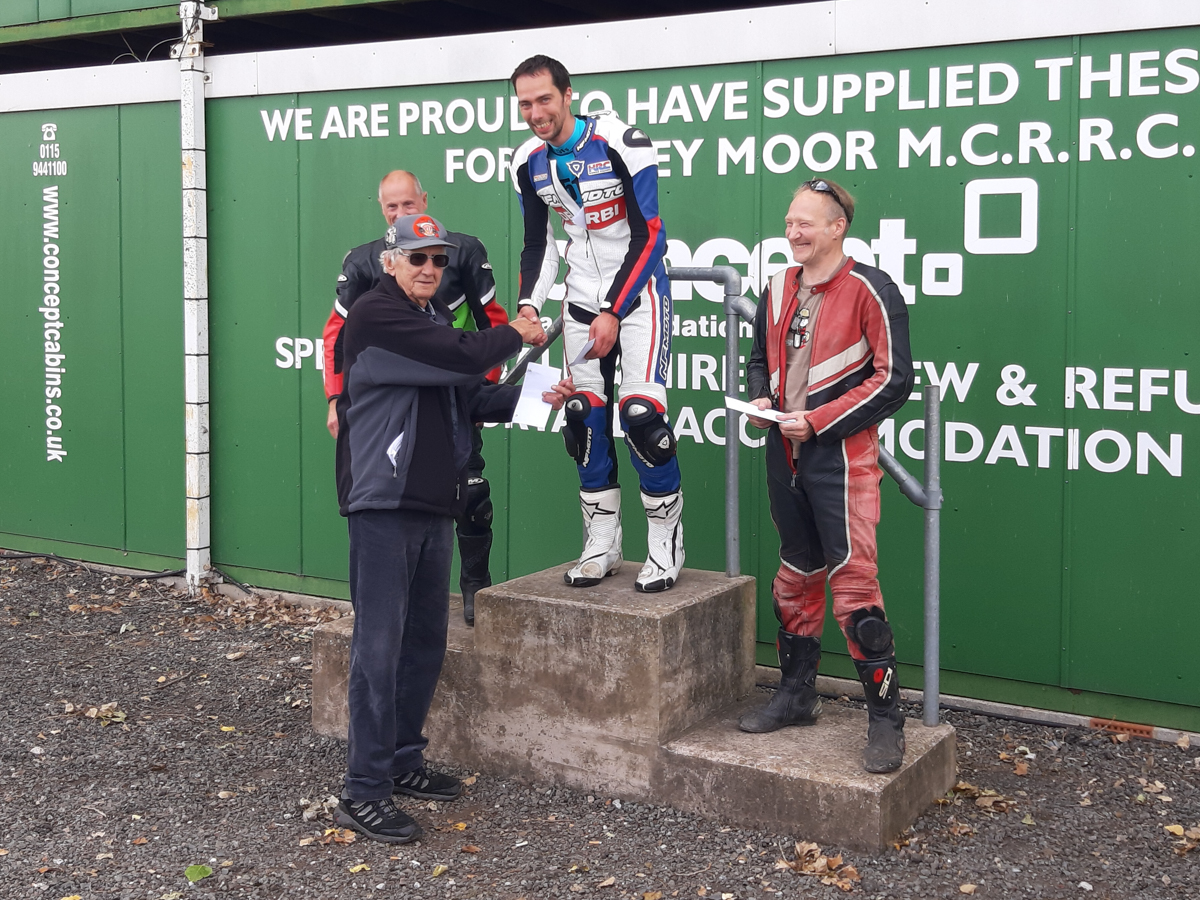 John Siddons was a much-respected man in the motorcycling world, he’d previously raced and restored countless motorcycles over the years. Worksop’s Spencer Racing give prize money and a trophy in his memory every year to the Classic and Modern 50 Racing Club. Again, the 2019 venue was Darley Moor race circuit at Ashbourne, Derbyshire.

The race was won by John Cooke, second place was Clive Somerfield and third placed racer was Warren Harvey. Retired Worksop area police sergeant, John ‘Foxy’ Fowler, a great friend of John Siddons, presented the riders with the trophy and the prize money on behalf of Worksop-based Spencer Racing and gave a £50.00 cash prize to the 50cc racer he judged to be his favourite of the day.