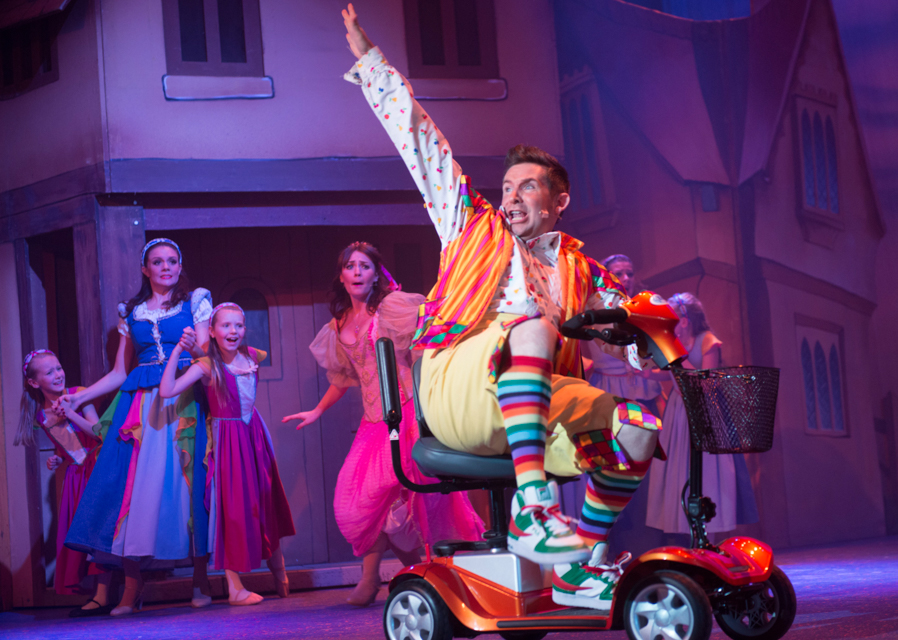 They say if you dream a dream more than once, it’s sure to come true. Fans of Sleeping Beauty will have their dreams come true this Christmas at Mansfield Palace Theatre as Princess Briar Rose wakes from the longest nap ever to give Mansfield the Christmas it’s been longing for! The Palace’s biggest selling panto to date, Sleeping Beauty, returns to kick start celebrations in the town after missing out last year, due to the pandemic.
The festive family offering opens on Saturday 27th November and runs through to Sunday 2nd January 2022. Tickets for this classic Palace panto have been on sale since November 2019. If there are certain dates that work best for you, the Palace urge panto fans to get their favourite seats booked and secured for this favourite tale, as it is sure to sell fast with Theatres returning post-lockdown.
Following in the footsteps of its record breaking run in 2014, two of the cast favourites from that show return to delight audiences. Amy Thompson, Channel 5 Milkshake presenter, will reprise her role as Princess Briar Rose and Adam Moss makes a welcome return in his now traditional role as comic, playing Silly Billy this year. Amy and Adam comwill be joined by another returning cast member but from a different year, as Rebecca Wheatley joins as Good Fairy. Rebecca is known for her days on BBC’s Casualty, and played the Vegetable Fairy in Jack and the Beanstalk, 2017.
Children’s TV presenter Amy Thompson said: “The thing with theatre is that you give that bit more energy – and you certainly get it back in Mansfield. I can’t wait to come back!”
Adam Moss’s favourite time of year is panto, when he gets to do what he does best – acting like a fool! He added: “All I can say is let the mayhem begin! I really missed you guys last year so I’ve got to make up for lost time!”
Tickets are available via the Palace Theatre website at mansfieldpalace.co.uk or from the Box Office by calling 01623 633133. Look out for updates on Facebook, @mansfieldpalacetheatre.