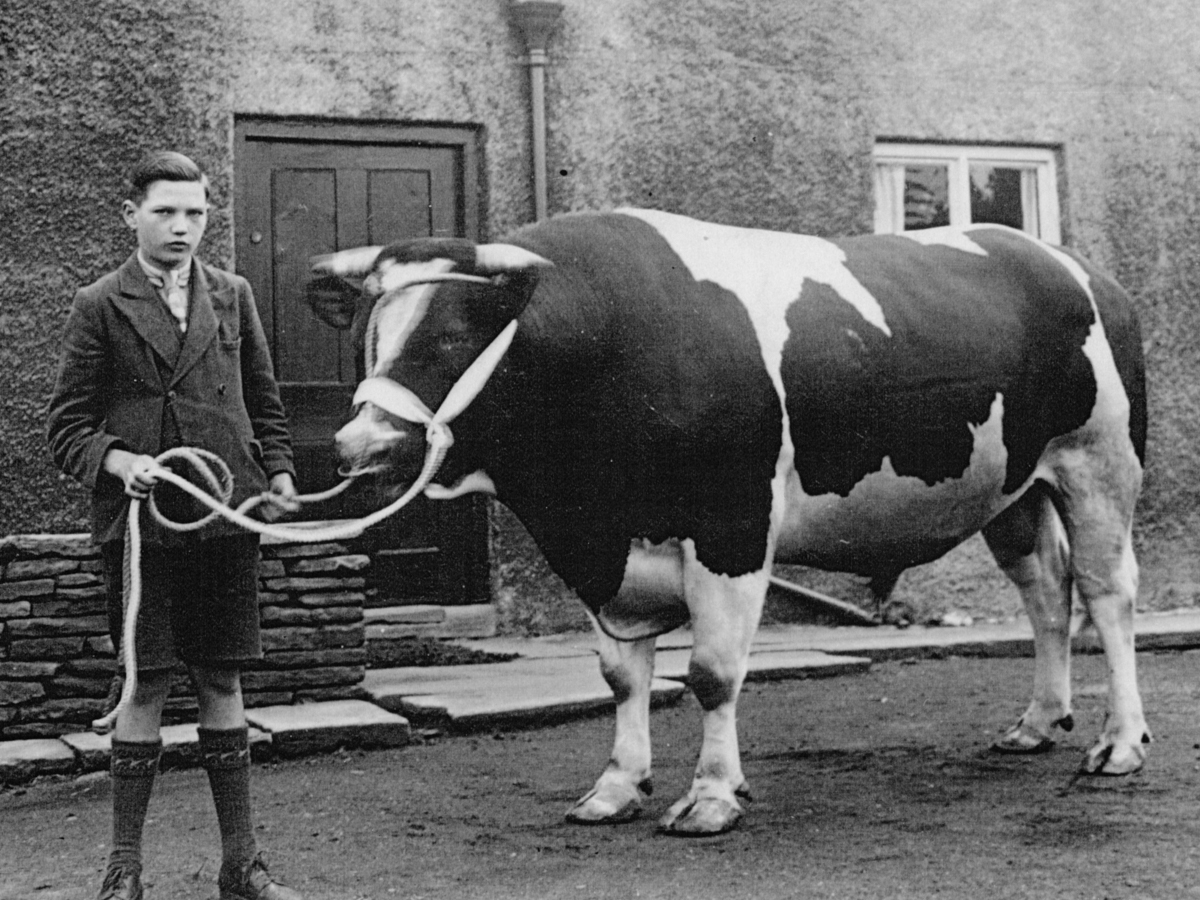 Looking at the first photograph brings to mind the books of Maltby-raised writer Fred Kitchen (1890-1969). And if you haven’t read these you’ve missed two treats. His first book Brother to the Ox (1939), which has been adapted for television and radio, is a classic. It was one of the first books to record, in a realistic and unsentimental way, life on the land at the end of the nineteenth century and early twentieth century. His second book Life on the Land (1941), which is a companion to his first book, is a month by month account of life on the land, in the early decades of the twentieth century. The writer H. E. Bates said that Kitchen ‘writes as the grass grows’.

The second photograph shows a group of ‘Land Girls’ who worked on Rotherham’s Herringthorpe Fields during the Second World War. Many young women like these answered the appeal, that went out soon after the beginning of the war for women to join the Women’s Land Army to replace the men on farms who were being recruited for the armed forces. These women played a crucial role in making sure that home-grown food was available at a time when German U-boats were sinking merchant ships bringing food supplies from the United States and Canada. By the end of the war, the Women’s Land Army had 80,000 members.

About thirty years ago we were given the reminiscences of a local Land Girl. She wrote that she gave up her office job to join the WLA. This involved working five and a half days a week for a small wage. She looked forward to receiving her uniform. It came in a torn brown paper parcel. The jaunty hat that she had so looked forward to wearing was rolled up in a black boot and she said that the cord breeches ‘proved anything but flattering to a generous bottom’! Her first job was on an arable farm near Worksop, where she was the only Land Girl working with six men. Every day she was ‘stooking’ corn, then forking it up into a farm cart and finally pitching it into a threshing machine. She also did a bit of sheep shearing, muck spreading and hoeing endless rows of turnips on her own for days at a time.

She was then transferred to a farm near Wombwell. The new owner bought a herd of Ayrshire dairy cows from Scotland. Working with two farmhands and another Land Girl, they had to take the herd from Wombwell station to the farm. But things went wrong and everyone finished up chasing them round Wombwell Wood. At this farm she learnt to milk by hand and helped to deliver calves.

She then got a job as a rat-catcher (officially a ‘rodent operator’) and could work from home. Her role was to get rid of rats, rabbits and moles. She went around local farms on a push bike with tins of worms containing strychnine and rusk meal laced with rat poison hanging from the handle bars. And then — to the envy of everybody she knew — she was provided with a BSA 500cc motorbike to undertake her duties. Petrol was in short supply but not for Women’s Land Army rodent operators!

The photographs in this article, the originals of which are in the personal old photograph collections of Michael and Pauline Bentley and Melvyn and Joan Jones, are from the newly published In & Around Rotherham From Old Photographs by Melvyn Jones and Michael Bentley (Amberley Publishing), £14.99 at local bookshops and bookstalls or direct from the publishers at £13.49.