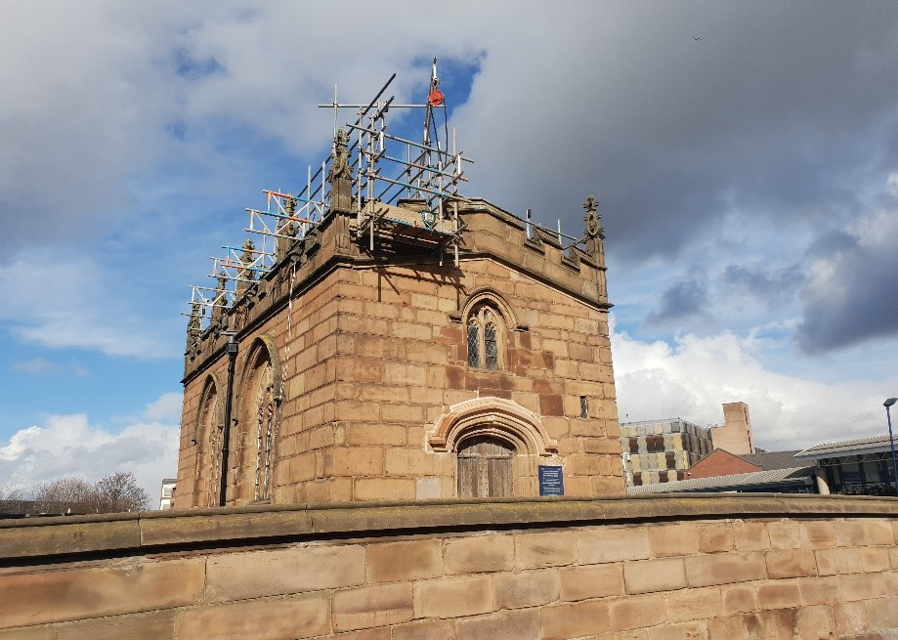 The Chapel of our Lady on the Bridge

Located on Chantry Bridge, overlooking the River Don, is the Chapel of Our Lady on the Bridge. This is a national rarity – there are only six left across the country, with the others being in Bradford-on-Avon, St Ives, Wakefield, Derby, and Rochester. The rest closed down in 1547, owing to the Reformation under Henry VIII, which meant they were either destroyed or converted. This one at Rotherham survived because it adapted.

It was constructed in 1483, the same year the bridge was restored to the design we see today. It was funded mainly by Thomas Rotherham, who was born in the town and served as Archbishop of York.

After it was a chapel, it became an almshouse, which was a charitable house for local poor. Following this, in 1779, it became the town jail. Where the crypt stands now, there used to be two cells. Where services are carried out today, sentences were carried out before. The doors, however, still remain, amongst with some of the prisoners’ scrawling on the walls. At 200 years old, that is some of the oldest graffiti in Rotherham. Two cells was obviously not enough, and in the 1820s a second jail was made. Therefore, it became a house until 1888, when it became a tobacconist shop. Finally, it came full circle and became a Chapel again in 1924. The East Window was installed in 1975, by Alan Younger.

It’s called The Chapel of Our Lady on the Bridge. The Lady in question is the Virgin Mary, mother of Jesus Christ. Chantry Bridge was formerly known as Jail Bridge, owing to the chapel’s history.

This was a place of great historic importance to the town. During the English Civil War, Parliamentary and Royal forces clashed swords and fired muskets where we stand. During the Rising of the North in 1569, Mary Queen of Scots actually spent two days in Rotherham, and would have passed over this bridge. It was also one of the main carriage routes from London to Richmond. The amount of traders and travellers this road must have seen is uncountable. That is actually one of the main reasons this chapel was built here.

Chapel Bridges were common in Europe pre-reformation, and some still exist in France and Switzerland. They served the purpose of saying prayers for anyone who would need it when passing over the bridges.

Although quite the hidden gem today, this chapel is still used every Tuesday by the local community for service. 500 years on, it still serves the spiritual needs anyone might have.