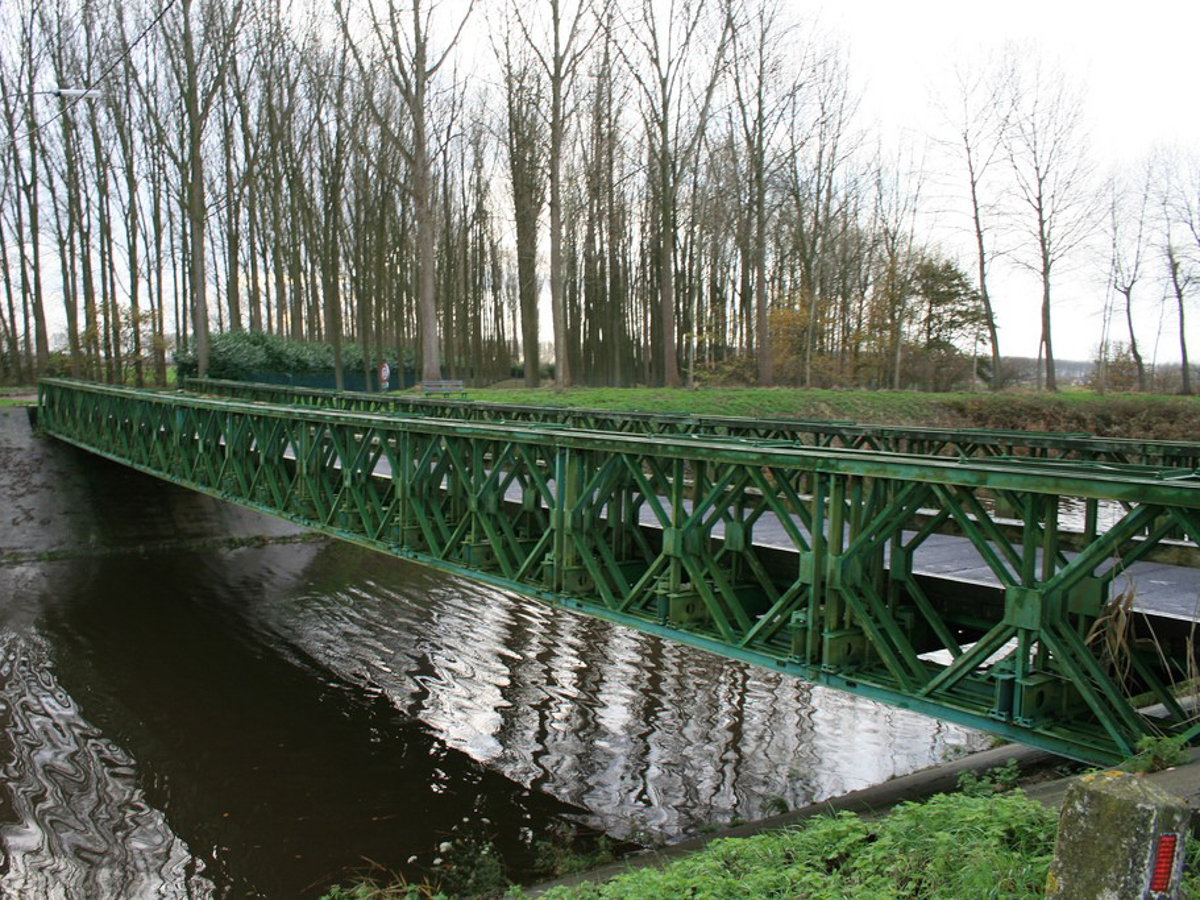 The Bailey Bridge is a type of portable pre-fabricated truss bridge. It was invented by Sir Donald Coleman Bailey, who was born in Albany Street in 1901 and was a pupil at Rotherham Grammar School. It was used by the British during World War II for military use and saw extensive use by British, Canadian and US military engineering units.
Field Marshall Montgomery said that the World War II would have lasted much longer without them. General Eisenhower described the Bailey Bridge as one of the three most important engineering and technological achievements of WWII, along with radar and the heavy bomber.

Whilst employed to great effect in Europe and around the world, the Bailey Bridge at Eastwood is one of the few surviving examples of the design remaining in South Yorkshire. It was acquired from Army stocks at a cost of £300 and erected in 1947 with Rawmarsh UDC and Rotherham Council sharing the cost. It was totally refurbished and rebuilt in 1992 by RMBC and the Territorial Army.

In February 2016 the Rotherham District Civic Society unveiled a Blue Plaque at Thomas Rotherham College in memory of Sir Donald Coleman Bailey OBE. The Civic Society included the Bailey Bridge in their local list of buildings of architectural or historic interest in the Rotherham Borough. It represents a fitting memorial to the engineering genius of a famous Rotherham son and also provides a testament to the skills of local firms. Local engineering firms Parkgate Iron and Steel Company and Robert Jenkins Ltd were involved in the manufacture of Bailey Bridge components throughout World War II.

To find out more about the heritage of Rotherham please visit The Rotherham District Civic Society website, www.rotherhamcivicsociety.org.