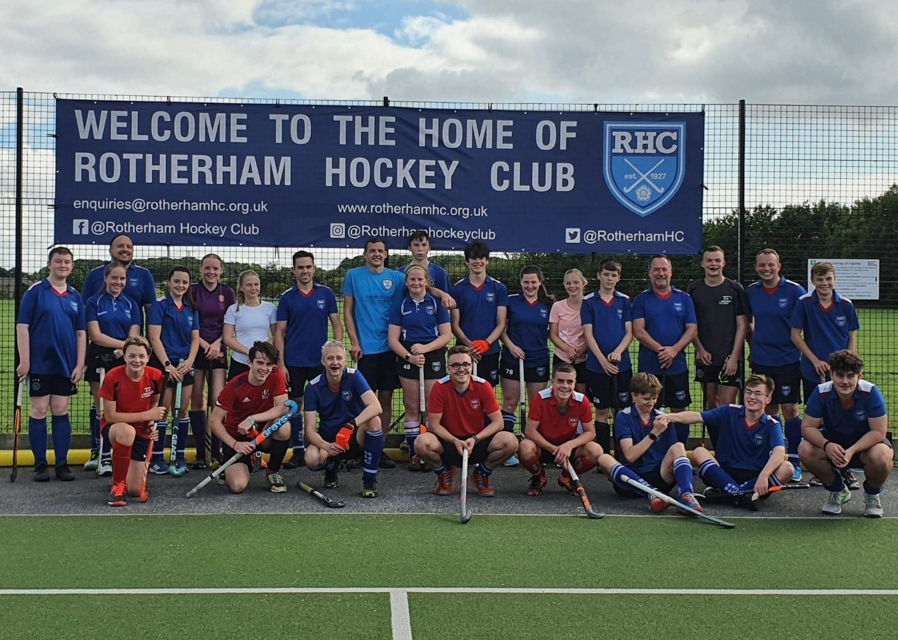 Rotherham Hockey Club is looking for new players and supporters for this season!

The Club has been established within Rotherham for 95 years, based in Brinsworth, at Sheffield Hallam University’s sports park. There are currently four men’s teams, two ladies’ teams and a development team for younger players.

The youth coaching system is second to none for five to 16 year olds every Sunday morning. The senior teams continue to do the town proud, with almost all teams gaining promotion last season. This season, there are new captains for both the men’s and ladies’ first teams. Jake Ward will lead the Men’s First Team as they look to maintain their position in their new league and says: “Every season has its challenges – but with hard work and commitment, nothing is impossible.”

Ladies’ First Team captain is Kelly Robinson, who is looking forward to the upcoming season and the challenges it will bring. Kelly said: “Our younger players are showing amazing talent which fits in well with the strong team already established. We finished fourth in our league last season, with the youngest team in the league. It’s a privilege to be captain, seeing the hard work and dedication from all the team. I look forward to this season, playing alongside a promising squad!”

If you’ve seen hockey on the Olympics or more recently the Commonwealth Games and fancy a try, the Club is always happy to see new faces and welcome people of all abilities. They have a dedicated website, www.rotherhamhc.org.uk, and are well represented via social media. Training is on Thursday evenings for seniors, and Sunday mornings for youth.

As well as players, they would love to see supporters! It is free to watch so go on down and show your support – check out the socials and website for details.