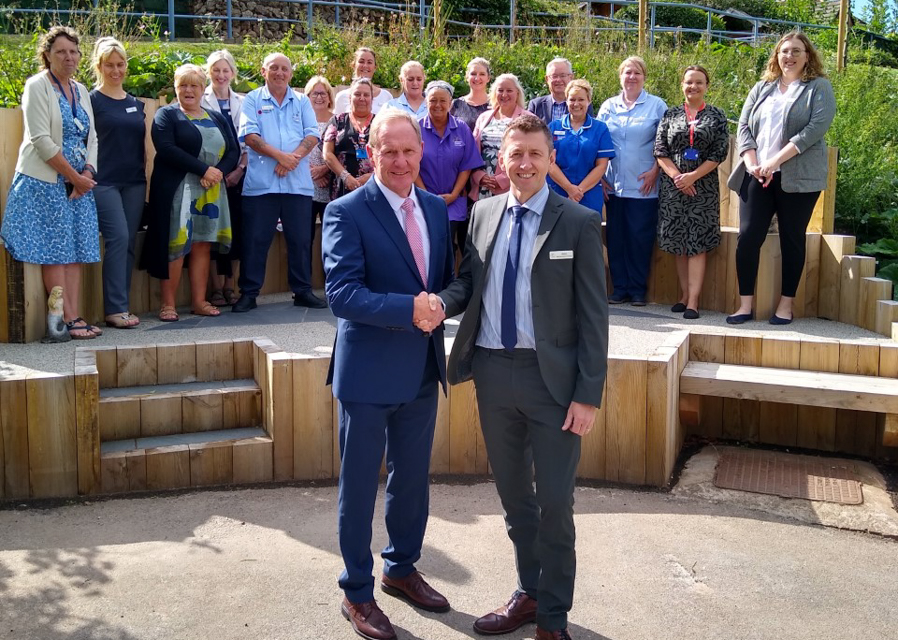 Rotherham Hospice is thrilled to announce John Breckin, Rotherham United FC legend, as Ambassador for the Hospice.
John has contributed to the creation of some of the Hospice’s most popular events including the Midnight Memory Walk, Red Glove Day at Rotherham United’s football ground and his annual cricket match at Wickersley Old Village Cricket Club. Not only that, but John is keen to do more.

John’s support for Rotherham Hospice is longstanding, having lost his wife at the Hospice in 2006, and his daughter attended the Sunbeams support group the Hospice offers to bereaved families. Both before and after his wife’s death, John has been a constant supporter of the Hospice, giving so much of his time to helping the Hospice stay running.

As Ambassador, John plans to continue to be a beacon in the community for the charity, encouraging everyone to take part in fundraising events, contribute what they can financially and donate their much-needed services to the Hospice.

John is a frequent friendly face in the Hospice, saying hello to staff and patients whenever he comes in, signing books for people on the ward and throwing ideas around the fundraising office. It was only fitting, therefore, that when John was asked what he would like to do to celebrate his announcement as Rotherham Hospice Ambassador, he asked for a small gathering with Hospice staff on Hospice grounds.

In his speech on 1st September, John said: “Thank you all for sharing today with me. The Hospice means so much to me. They were there for me and my family, just as they are for all Rotherham families. It’s an honour and I’ll do whatever I can to keep this place going. You, the staff, are the Hospice. You keep it going. Every time I come down, there’s smiles on your faces and it really does make people feel at home and welcome.”

Stephen King, Director of Income Generation for Rotherham Hospice, said: “It’s not enough to just say thank you for all his fundraising efforts. We wanted to recognise John’s achievement and dedication by appointing him as ambassador for Rotherham Hospice. We are looking forward to flying the flag for Rotherham Hospice with John for years to come.”
Thank you, John, for all that you do! The Hospice wouldn’t be where it is today without your support.

In other Hospice news, there is a Fire Walk on Monday 7th November at Rotherham Golf Club, Thrybergh.
Keep your toes nice and toasty and raise money for Rotherham Hospice by taking part in a sponsored walk across hot coals.
Entry costs £25.00, paid as a non-refundable deposit to secure the place. Participants are asked to raise at least £250 in sponsorship.