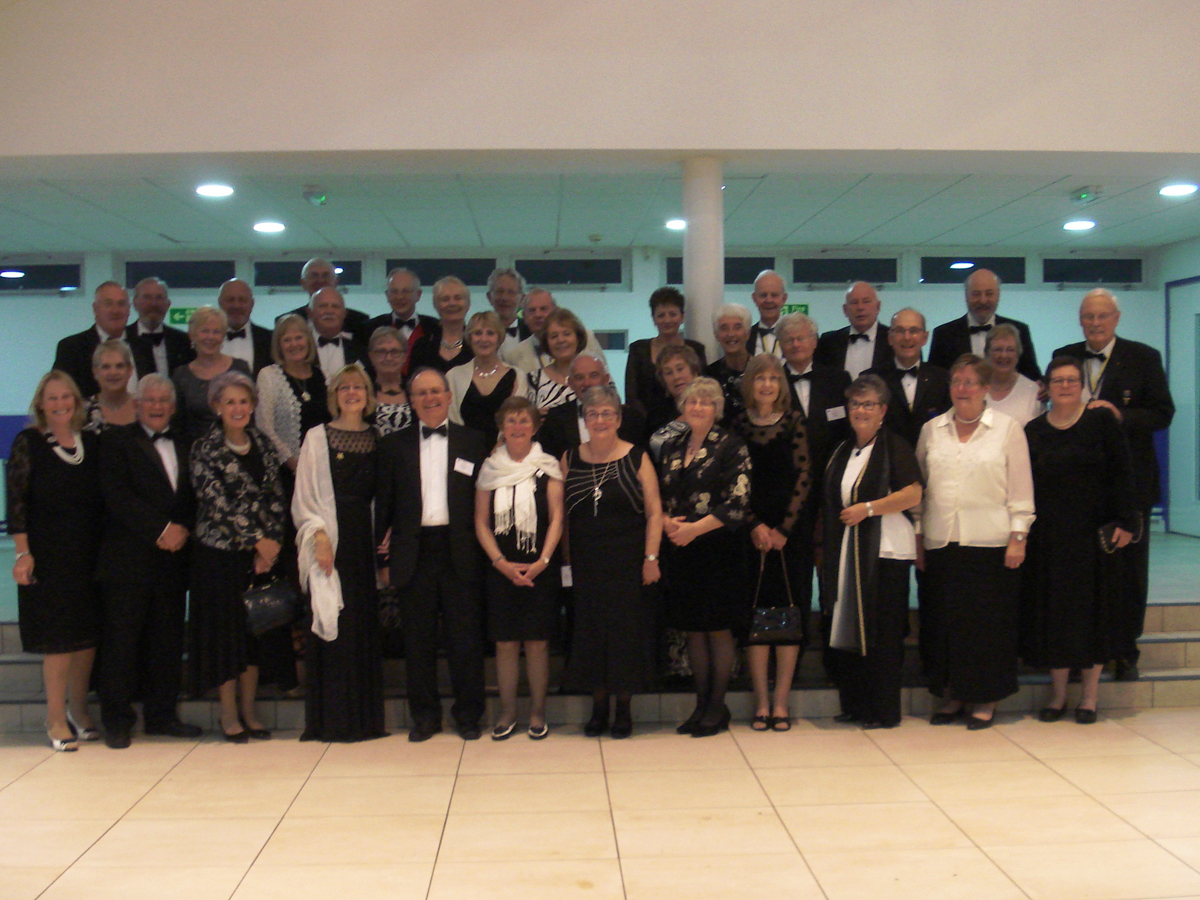 September started for the Club on Monday 4th when President Geraldine induction of new member Jill Davies into the club. Jill is a retired Inspector from the Nottinghamshire Police Force. This now means that the club has 69 members. The same evening, President Geraldine handed a cheque of £95 to Rotarian Linda Crossland to hand on to Carr Hill School for the amount raised by Rotarians at the school’s garden fête.

The club is taking a long hard look on the way it functions. On Monday 11th, Rotarian Geoff Matthews updated members on the progress of the exercise to date.

Eradicating Polio from the world is Rotary’s big project. It all started in 1985 and has now almost succeeded. The three local Rotary clubs, Retford, Worksop and Worksop Dukeries all got together for a charity dinner at Ye Olde Bell, Barnby Moor on Wednesday 13th to raise funds for the charity now called PolioPlus. The guest speaker was to have been the well known antiques expert Charles Hanson. The BBC had other ideas, and so he sent a colleague Jim Spencer instead. Jim’s talk was excellent. His expertise in the group is on paper products. The evening raised about thirteen hundred pounds for the charity.

From Tuesday 19th to Friday 22nd the golfers in the club, and non-playing partners, went to Cave Castle Hotel in South Cave near Hull on a trip organised by Past President Gordon Muir. The weather was very kind; it only rained on Thursday, the free day. The group soon realised why they had to book twelve months in advance; the facilities were superb and nobody starved! They have re-booked for next year.

On 25th, Rotarian David Rhodes gave a talk on chronic pain. David is involved with the NHS in the electronic equipment that is used in this field. The talk was very well presented to an enthralled audience.

At the end of the month, a party of 38 members and partner’s travelled to Llandudno in North Wales for the District 1220 Annual Conference. District 1220 covers the Rotary clubs in Nottinghamshire, Derbyshire and South Yorkshire. There were lots of interesting topics and programmes discussed. The final keynote speaker was Geoff Miller OBE. Geoff was raised in Chesterfield, played cricket for his county and England before becoming the Chief National Selector for the ECB. His motivational speech included tales involving Retford’s very own Derek Randall with whom he played on tour.