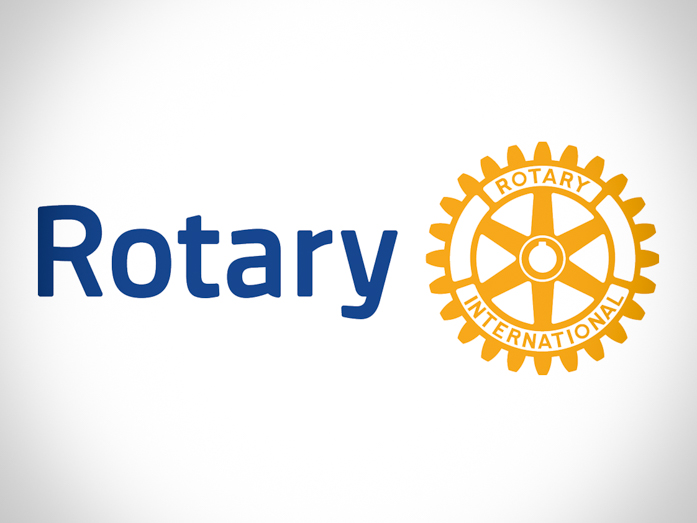 July saw a new Rotary year and a new president for the Rotary Club of Retford. At the first meeting of the month, immediate past president David Towers handed over the chains of office to president Geraldine Matthews. Geraldine is the third lady to hold the title in the club, following in the footsteps of Val Brodie and Linda Cadman. Geraldine then inducted Eddie McGarvey as president elect and Judith Longden as vice president.

However, president Geraldine’s year began with two events that preceded this. First of all, on 1st July, past president Gordon Muir and his wife Alice held a charity fundraiser at their home in aid of PolioPlus. PolioPlus is Rotary’s campaign to rid the world of this dreaded disease. Then, the following day, she led a delegation to the Rotary Club of Gainsborough’s Charter Anniversary Dinner. The Rotary Club of Gainsborough was started by the Rotary Club of Retford in 1961 making it, in Rotary parlance, the daughter club.

Retford Rotary Club tries to honour members within the local community who selflessly make a significant contribution to society. With this in mind, Ann Hickman is once again an honorary member for her work with the British Legion. On 11th July, president Geraldine also welcomed Alan Meacher as an honorary member for her year. Alan co-ordinates a programme in which volunteers visit and help elderly and infirm people in the Retford area.

Summer is the time for the annual two-wood and four-wood bowls competitions in the club. Sports officer past president Bob Stockdale organised these events. This year, the matches were played on the Goosemoor Bowling Green belonging to Bassetlaw District Council. Past president Jeff Rickells added his name once again to the two-wood trophy. He very nearly won the four-wood competition as well but was beaten in the final by past president Mervyn Waring.

Several Rotarians helped at the Field Day at Carr Hill School on Saturday 15th July and all funds raised were given back to help the school.

On Sunday 16th July, Rotarian Sally Ogle and her husband county councillor John, hosted a large group of members and families for a fundraising brunch. This was in aid of the Bread Fund, the club’s project to feed young children in Kwazulu Natal, South Africa started by past president Terry Dunmore and his late wife Margaret.

This year, July had five Mondays. The club usually has a speaker on the second and fourth Mondays and invites partners to an extra speaker evening on a fifth Monday.

On 10th July, Marie Thompson gave an illustrated history of family snapshots from the days of early box cameras, that could only manage still life shots, to today’s digital cameras, tablets and sophisticated mobile phones. The speaker on 24th July was Dr Andrew Crossland, an expert on Green Energy. A very topical subject with the 2040 deadline for fossil fuels in new cars announced that day. Bess of Hardwick, or rather Jane Gregory dressed as the famous lady, was the speaker at the Partners’ Evening. Everyone was enthralled by the story of this very influential lady from the days of Queen Elizabeth I.