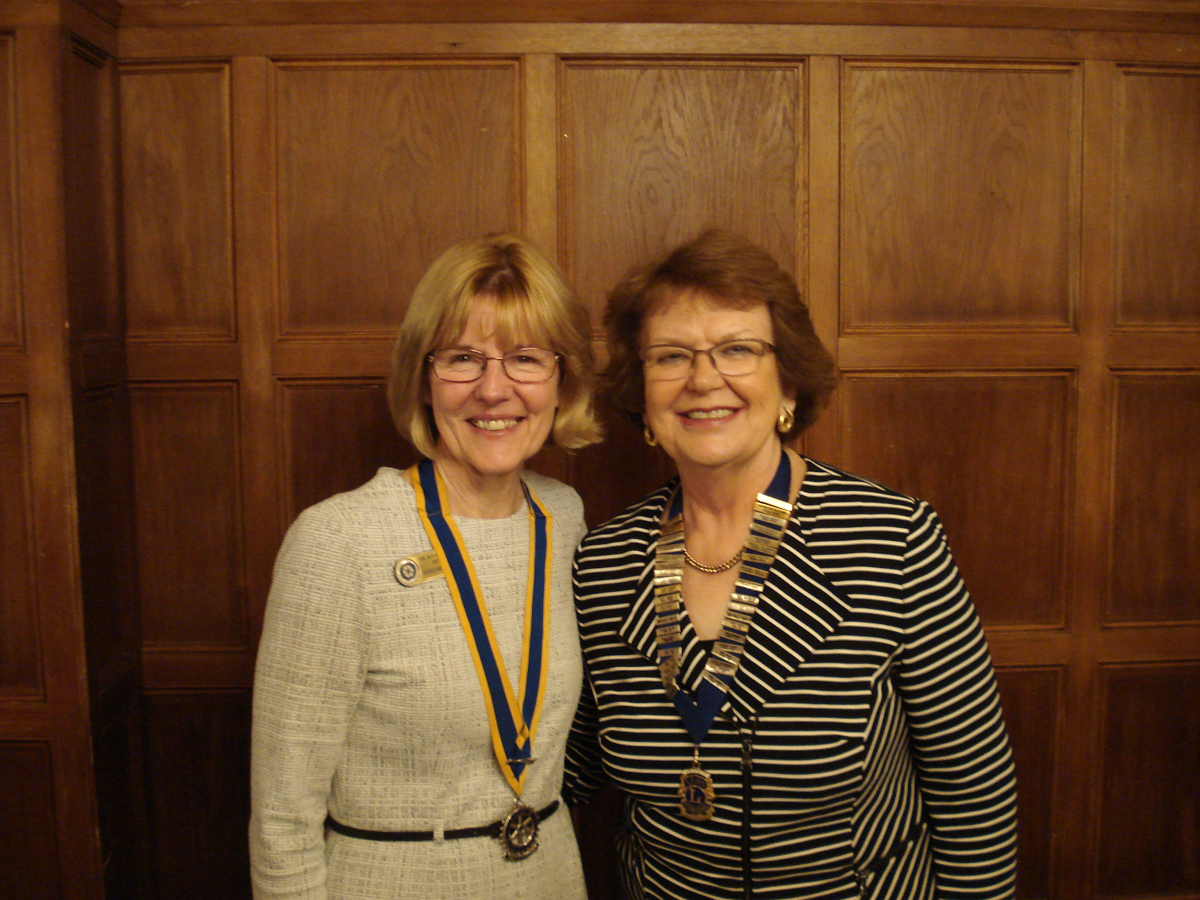 Safely back from the District Conference in Llandudno, the first Rotary Club of Retford meeting of the month was ‘committees’.  On 9th October a young student from a local secondary school, came and told the members about the great experience that she had on a RYLA (Rotary Youth Leadership Awards) weekend in Castleton.

The club paid for her and several others as part of developing young people’s interpersonal skills. At that same meeting, the Rotary leader in the East Midlands and South Yorkshire, District Governor Michael Longdon, addressed the club. Several members from neighbouring Rotary clubs attended, and he thanked everyone for all the hard work that they do in the community.

President Geraldine invited the president of Retford Lions Freda Lightfoot to the meeting on 16th.
The ‘all-inclusive roundabout’ in Kings Park was officially opened on Monday 23rd October by Councillor Wendy Quigley. The Rotary Club donated £900 to the project. President Geraldine represented the club at the event.

That evening, the speaker at the Club meeting was Vicky Waring from an organisation called Home Instead. The talk was all about dementia and was very informative.

Rotarian Adrian Sumner presented a cheque for £1,600 to the Friends of St Giles in their quest to purchase iPads for the students as teaching aids and to overcome some of their communication difficulties.

The fifth Monday is always a chance to invite partners. The planned speaker was ill, but past president Malcolm Dolby was a worthy substitute with his history of Retford.