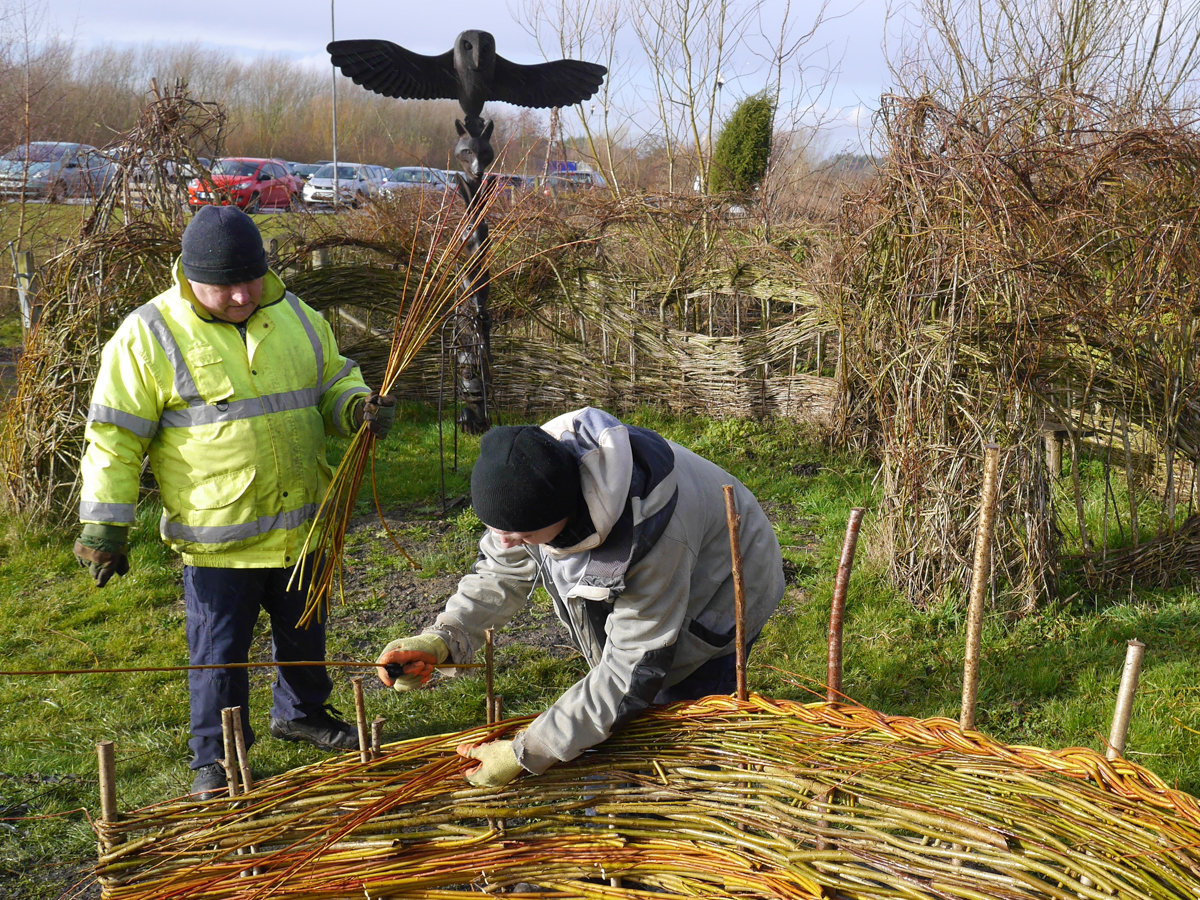 Raising awareness of mental health issues, so common in today’s world, and helping to reduce the associated stigma, are an important part of Muddy Fork’s work, alongside the gardening sessions at the Idle Valley Nature Reserve. Events such as this also serve to update supporters and promote networking with mental health workers and possible referrers. A strong contingent of Rotarians was present, the Rotary having been supportive and proactive since Muddy Fork’s early days. Jack Anderson described the project as “a really worthwhile practical approach” while Judith Longden, the 2019 president, said how much she welcomed the chance to hear about plans for the future.

Muddy Fork has been recognised by Nottinghamshire County Council as a worthy recipient of £4,000 a year as part of three- year Local Improvement Scheme revenue funding, now in its second year. Councillor John Handley, Vice-Chairman of NCC’s Communities and Place Committee, said: “This organisation does fantastic work in supporting people with mental health challenges, in many cases helping them back to work or helping them find work for the first time.” This was endorsed by Councillor Mike Quigley, who added: “Events like these are helping reduce the stigma of mental ill-health. I’m pleased that Local Improvement Scheme funding is helping… improve people’s wellbeing.”

The afternoon included presentations by three guest speakers, Lauriane Suyin Chalmin-Pui, a researcher at the University of Sheffield, on the impact of gardens on health and wellbeing, Lesley Carver from Bassetlaw Clinical Commissioning Group on the local five and 10 year NHS plans in relation to mental health, and Kerri Schad, from Hazelwood Counselling, who focused on this year’s WMHD theme of suicide prevention.

Lauriane’s fascinating research, on the positive impact of front gardens, really caught the imagination of her audience, and served to confirm the conclusions of previous research into the benefits of gardening. Lesley outlined the local situation and planned developments and offered some insights into the CCG’s relationship with the third sector. Finally, Kerri offered a thought-provoking analysis of some of the language used in connection with suicide, and invited those present to consider the impact of this on social attitudes.

A review of the Muddy Fork year and outline of possible future plans was given by Dominic Schad, the project director, and this was richly illustrated by a short film featuring some of Muddy Fork’s participants talking about what the project means to them. The clear message here was that the project gave them a sense of worth through what they achieved.