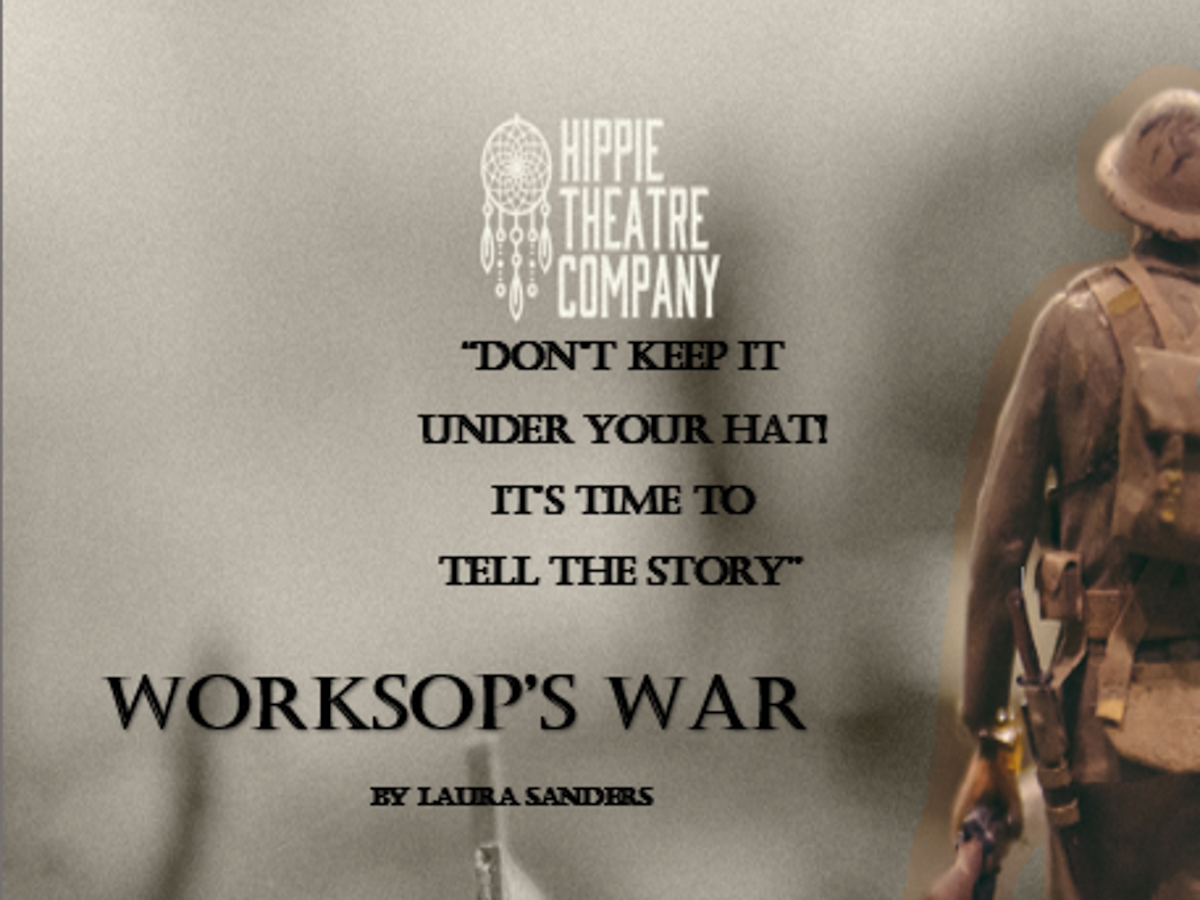 ‘Worksop’s War’ is Hippy Theatre Company’s debut performance, written by Laura Sanders, a Worksopian born and bred who studied a degree in Performance and Scriptwriting at Sheffield Hallam University. Having been inspired to write this play after discovering her second great grandfather served in the great war, she received a first degree for a 10-minute snippet of this play.

‘Worksop’s War’ tells the story and captures the struggle of the soldiers who are Worksop’s Manton miners and their families during the First World War, jumping back and forth from the front line back to Worksop. ‘Worksop’s War’ will be performed at Manton Sports and Social Club on 8th and 9th November. Tickets are £5.00, and you can call or text 07722 180466 and collect them from Manton Sports and Social Club on either Tuesdays or Thursdays between 6.30pm and 9.00pm. There will also be a raffle on the day and all processing will go to Help for Heroes.