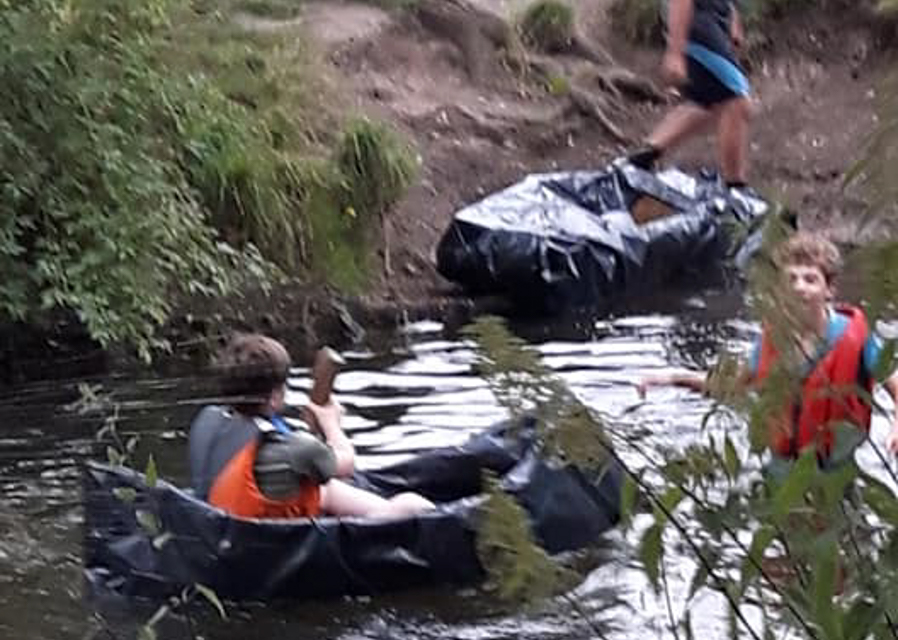 During August, 7th Retford Scout Group continued to meet with Cubs, Scouts and Explorers. They built bridges using only newspaper and sticky tape and tried to see how much weight they would hold. All the sections played games in Kings Park, having fun with space hoppers, bowls, and catapults. The Scouts and Explorers went geo-caching around Retford and the Cubs explored Babworth Woods looking for bugs and creepy crawlies.
They had a Saturday afternoon cleaning the poppy boxes for the Retford branch of the Royal British Legion, taking off the seals from previous years. After working hard, they had a film night and supper before they went home.
The final week of August, Scouts made clay volcanoes and Cubs went into Retford Town Centre and then back to the Scout Hut to play with radio control cars.
Explorers had a planning session for a weekend camp in October, deciding on a menu and an activity programme. This will be the first camp they have been able to hold since March 2020 when the first lockdown started. None of the Cubs have been camping with the group and some of the Scouts, it will be their first time away.
If you want any more information about the Scout Group, please email Hazel on 7thretford@gmail.com or call 01777 704835.