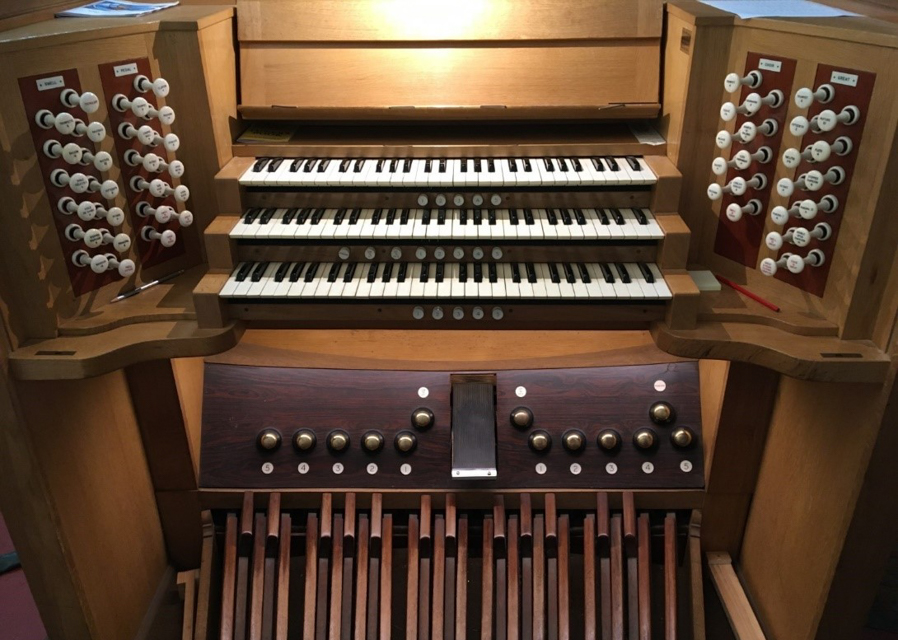 On Thursday 20th October, the Lunchtime Organ Music at St Swithun’s will feature Justyna Posluszna, of Poland and of St Giles, Lincoln.

This is the final of this season’s organ recitals at the church, organised by the church’s organist David Bird. The season has been spectacularly successful in terms of attendance and the organ has been greatly appreciated by all of the world-class performers, there’s being no problem in filling next year’s slots.

Light lunches are available from 12.15pm and the recital starts at 1.00pm. Admission is free, but there is a retiring collection, which goes to the organ maintenance fund.

Justyna was born in Poland. She graduated in piano and organ at A Rubinstein Secondary Music School in Bydgoszcz before studying organ at the Paderewsky Music Academy in Poznan.

Justyna took several masterclasses under Professor Wolfgang Zerer, Jaroslav Tuma and Jurgen Rieger in Goteborg, Stuttgard, Berlin and Prague. During her study and after graduation she worked as a piano, organ and accompaniment teacher in the Secondary Music School in Szamotuly, Poland. At the same time she was performing as a harpsichordist with a chamber orchestra – La Quattro Staggioni. She took part in many organ festivals in Poland, Czech Republic, Germany and Austria.
After further graduating in harpsichord she formed a piano trio (Summer Trio) as artistic manager and pianist, touring around USA and Caribbean Islands.

Since 2009 she has been living in Lincoln where she works in the hospitality industry and helps at St Giles (Lincoln) and Our Lady of Lincoln as an organist.

Don’t miss this chance to see an organist of international quality!