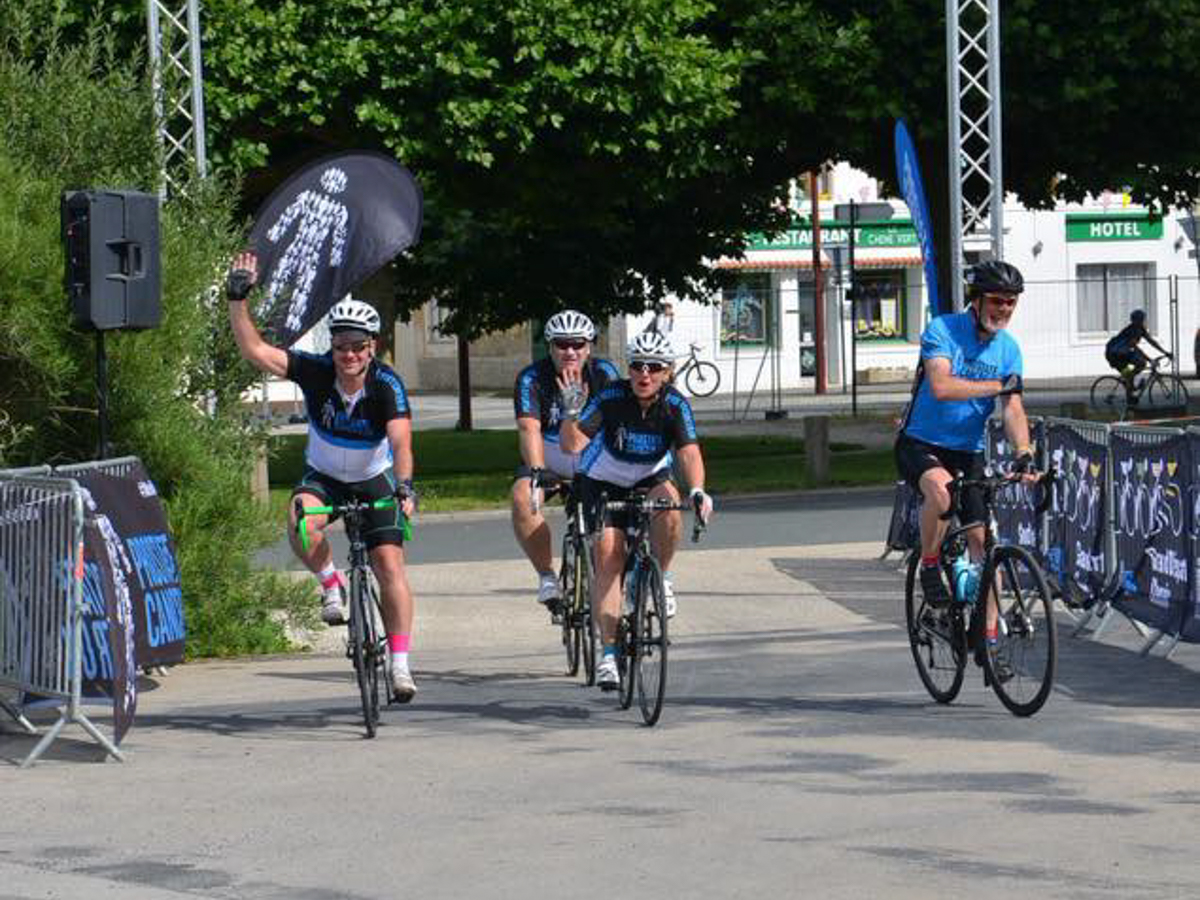 Back in June, Barnby Moor weekend cyclist Phil Wright cycled the first stage of the 2018 Tour de France, while raising money for Prostate Cancer UK. We featured his story in Retford Life and we are pleased to report that he surpassed all his fundraising goals. Here is his diary from the challenge:

“Arrived at Portsmouth on Thursday 21st June, a mix of excitement and trepidation having only met three of the 230 riders previously. Trepidation soon gave way to a sense of belonging to a group of like-minded people, all there to raise as much money as we could for a fantastic cause.

“After an overnight ferry and bus to Nantes we arrived at our hotel around midday on Friday. There was a ride briefing on Friday evening with jersey presentations, followed by team dinner and an early night. Saturday morning, a 5.00am alarm call, breakfast and coach ride to the start point for 8.00am at Passage du Gois.

“We’re off, 120 miles to go, 30-degree heat, 25 mph winds, and it finally hit home the enormity of the undertaking by everyone involved. Rode the first section with Ali, another first-time rider on this event, first food and drink stop after 30 miles at Bretignolles-Sur-Mer where we managed to join up with a larger group of riders from here and this really helped to make the ride to lunch a little easier.

“Lunch stop after 70 miles or so at La Tranche-sur-Mer, feeling ok surprisingly, riding now in a group of three, then came the most difficult part of the ride to the final water stop. The day was at its hottest now, no easing in the wind and it felt like we were never going to reach the final water stop at La Gue-de-Velluire. Never been so pleased to get off my bike, fill up on water and jelly babies, only another 20 miles to go now, the end was in sight, after all we had already ridden nearly 100 miles.

“Set off now in a group of four, having picked up my roommate Mark to cycle the final section. Despite not liking hills, there were a few small ones on the last section, or ‘bumps in the road’ as they were described to me. Adrenaline kicked in at this point, we all knew we hadn’t much further to cycle now, and then we saw the sign ‘Fontenay Le Comte 8km’ we knew then that we had done it, achieved our goal and raised lots of money in the process.

“Cycling over the finish line was an emotional feeling, I shed a few tears, all of the training had paid off completing a ride I never thought possible. It was a weekend I will never forget, complete strangers becoming friends and a sense of camaraderie I haven’t experienced before. Most importantly was personally raising £2,322 to go towards the total raised this year of over £300,000 for Prostate Cancer UK.
“And, I have already signed up for next year in Brussels!”