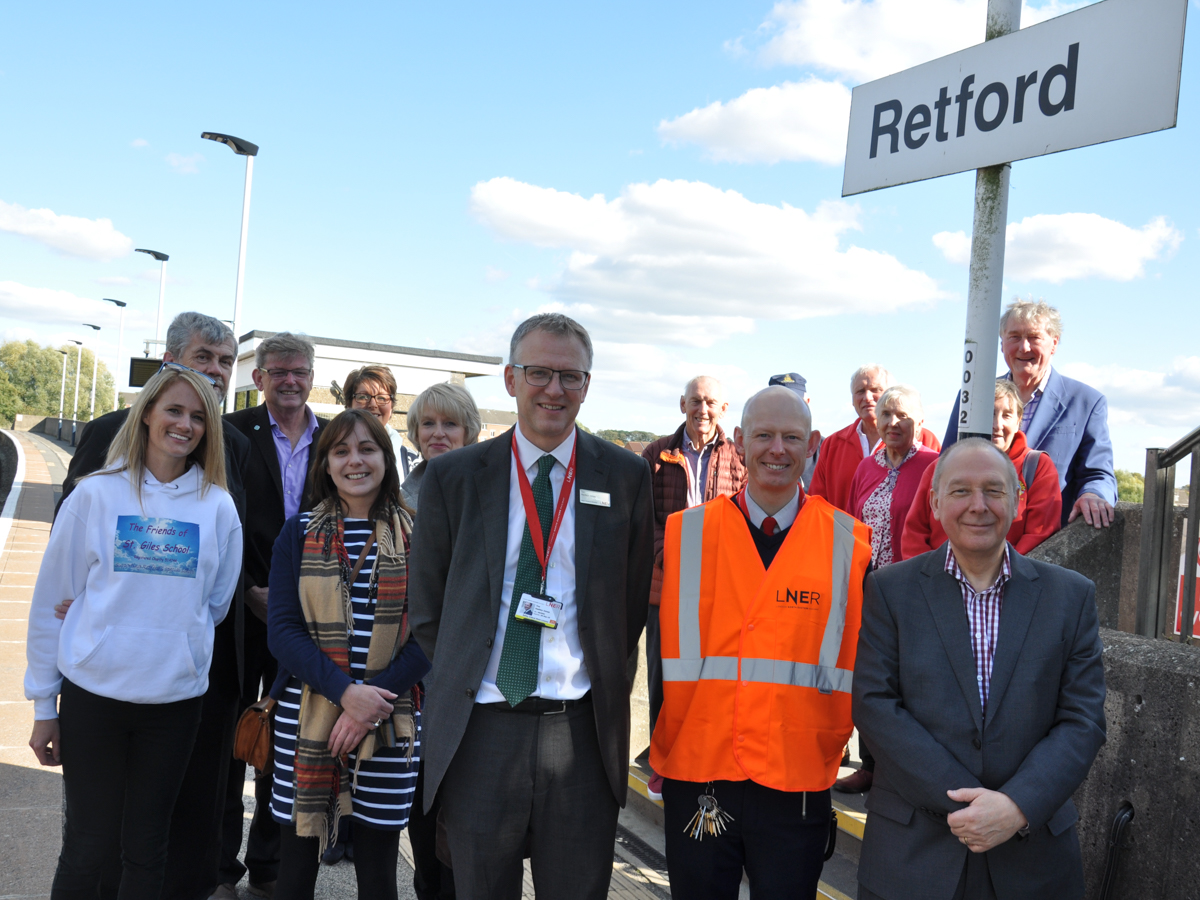 Platform 3 at Retford station is where the trains to Sheffield and Leeds (via Northern) arrive from Lincoln on the east/west line. At the moment, anyone with restricted mobility or difficulties climbing stairs, including those with heavy luggage, pushchairs, etc, or those in wheelchairs, need to summon a member of staff to come from the station office on platform 1, and arrange for them to cross the line on the barrow crossing. The staff member has to contact the signal box and block the line in both directions, then supervise the passenger across the tracks before re-opening the line. All of this takes time and is inconvenient to both passengers and staff.

The Bassetlaw Area Group of North Notts and Lincs Community Rail Partnership (NNLCRP) has been campaigning to have government funds allocated to providing improved access at platform 3 since its first meeting in 2016. The favoured solution is to install a new lift on platform 3, and this project has previously been specified and costed, so it is a ‘ready to go’ solution. LNER has agreed to lead on the current bid to the government’s ‘Step-Free Station’ initiative as part of the Access for All programme.

LNER is currently seeking support from organisations working in the public, private and community sectors. All letters of support need to be received by LNER by Friday 9th November, to allow for submission to the Department for Transport by the end of the following week. Please send any letters of support for this funding bid to tim.hedley-jones@lner.co.uk.

Tim Hedley-Jones, who is LNER Major Projects Director, said: “It is the last platform at any station served by LNER services between London and Edinburgh that does not have modern level access provided by a lift. It will make a significant contribution to the improvement of accessibility for the town, the Nottinghamshire region and the East Coast Main Line (ECML) route as a whole.”

David Pidwell, Cabinet Member for Transport at Bassetlaw District Council, said: “Retford Railway Station is a vital transport hub for the Bassetlaw district, and the wider region. By improving access to platform 3, many more residents will be able to use the station for both work and leisure travel.”