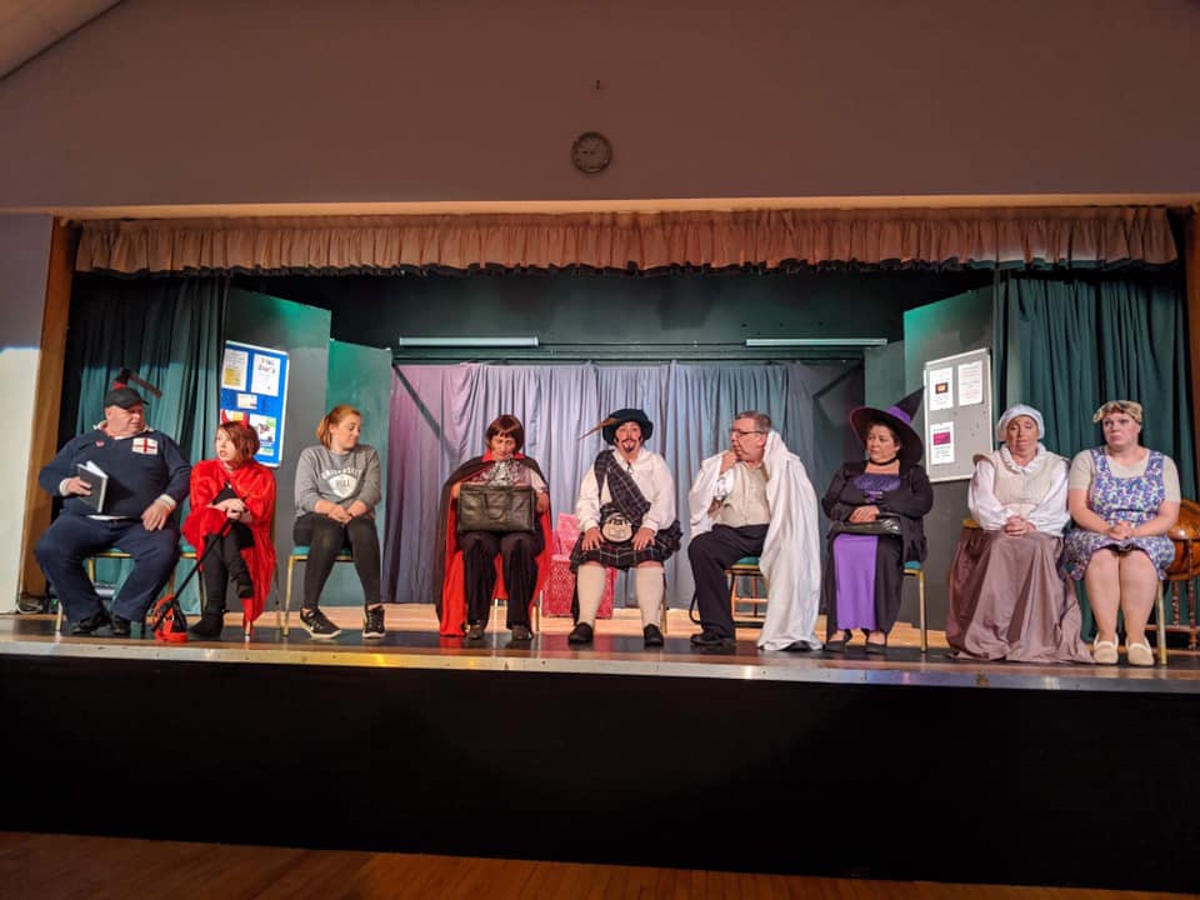 Lindrick Players’ latest production, Acting Dead — a quirky comedy set within a church hall with four resident ghosts — was a successful directing debut for Sam Caudwell. The ghosts, Milton (Sarah Edgar) a Victorian actor manager, complete in Highland costume, died by drunkenly falling on his sword whilst performing MacBeth, Katherine (Helen Stephenson) a Tudor innkeeper’s wife who was acquainted with ‘Willy’ Shakespeare, Doris (Helene Sprowell) a no-nonsense housewife, blown up in 1942 trying to fix her gas cooker, and Roberta (Jenny Stephenson) who recently died in a car accident on a nearby road.

The ghosts pass time by observing and playing tricks on groups using the hall, one being the All Hallows’ Players (AHPs) the local hapless AmDram group led by director Dickie (Catherine Hancock-Peat) a luvvie who ambitiously chooses MacBeth for their next production, despite the acting limitations of members Margaret (Lee Higgins-Leake), the domineering wife of hen-pecked Tom (Andy Hopkinson), wise-cracking Brian, and peacekeeper Juliet (who sees the ghosts but keeps this a secret).

Trouble ensues when the ghosts become visible to the living on Hallowe’en and find themselves inadvertently joining the AHPs and being dragged into rehearsals for MacBeth, resulting in much frustration, hilarity, and a surprise romance which is doomed to fail.

There were excellent performances by the cast and the audience were thoroughly entertained by the eclectic mix of slapstick, comedic historical references, and very badly done Shakespeare.