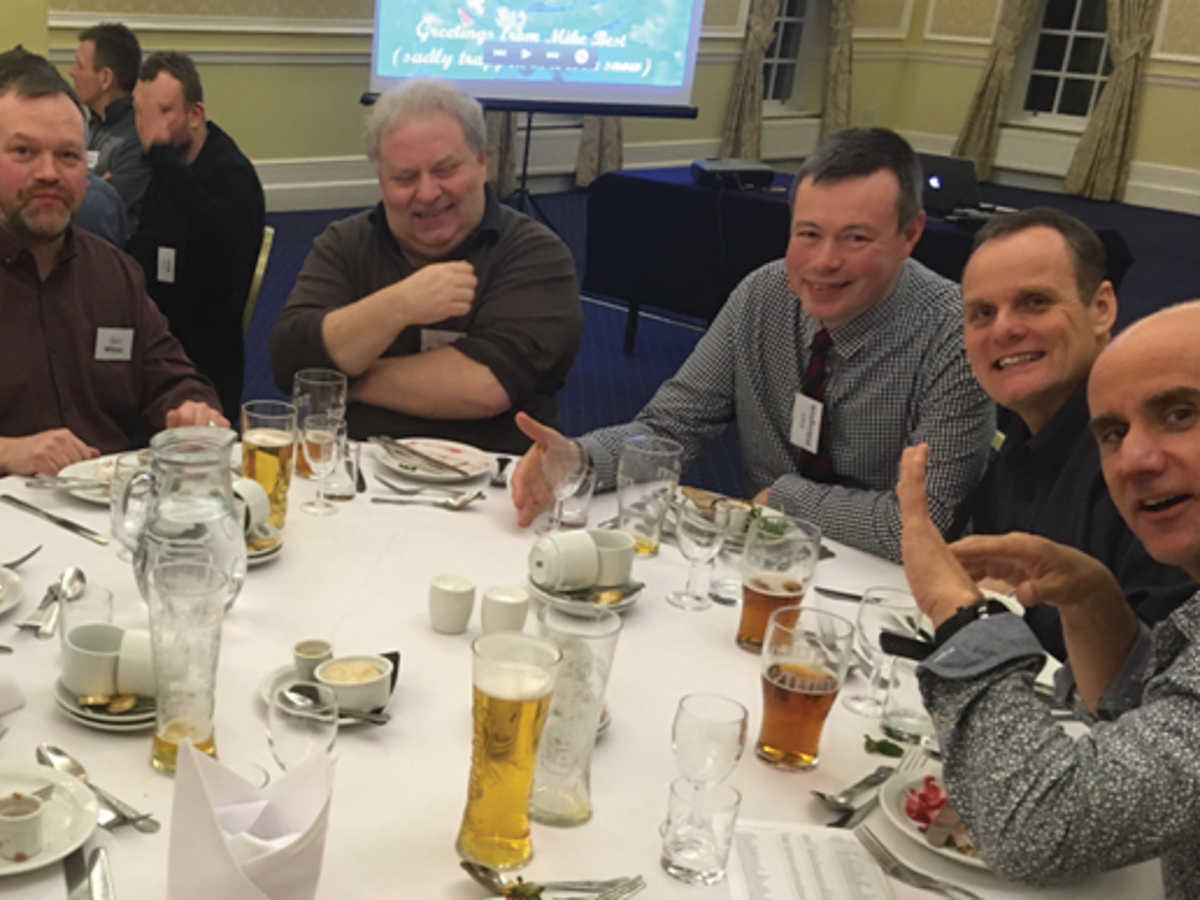 The oldest part of the Grammar School on London Road, Retford dates back to 1857, but it replaced an older school in Chapelgate established as early as the 12th and 13th centuries (source: ‘A History of King Edward VI Grammar School, Retford’ by AD Grounds). Iron gutters betray later additions in 1926 (the ‘New Block’), in 1937 and numerous other new buildings added for war time evacuees, and new subjects. As recently as 1979 a new block was added, and facilities for the arrival of female students. In 1978, the year before the word Grammar was dropped from the school’s name, one of the last panoramic school photographs was taken.

On 3rd March 2018, some 40 years later, over 40 students and teachers from the era, braved the snowy weather and travelled from far and wide to rekindle old friendships at the West Retford Hotel where they were made very welcome, and shared memories late into the night.

Attendees earlier enjoyed a private tour of the current site redevelopment works, as well as a variety of old and new photographs to help them reminisce, displayed at the hotel on display boards kindly loaned from Bassetlaw Museum on Grove Street.

The weekend was so successful, we’d still like to hear from more people, mainly of the 1977 in take (now between 51 and 52), but also people slightly older, slightly younger, or with other connections and memories to share who might be interested to hear about future reunions. If you’d like to know more, sign up to the Facebook group www.facebook.com/kegs1978 or email oldretfordians@gmail.com.