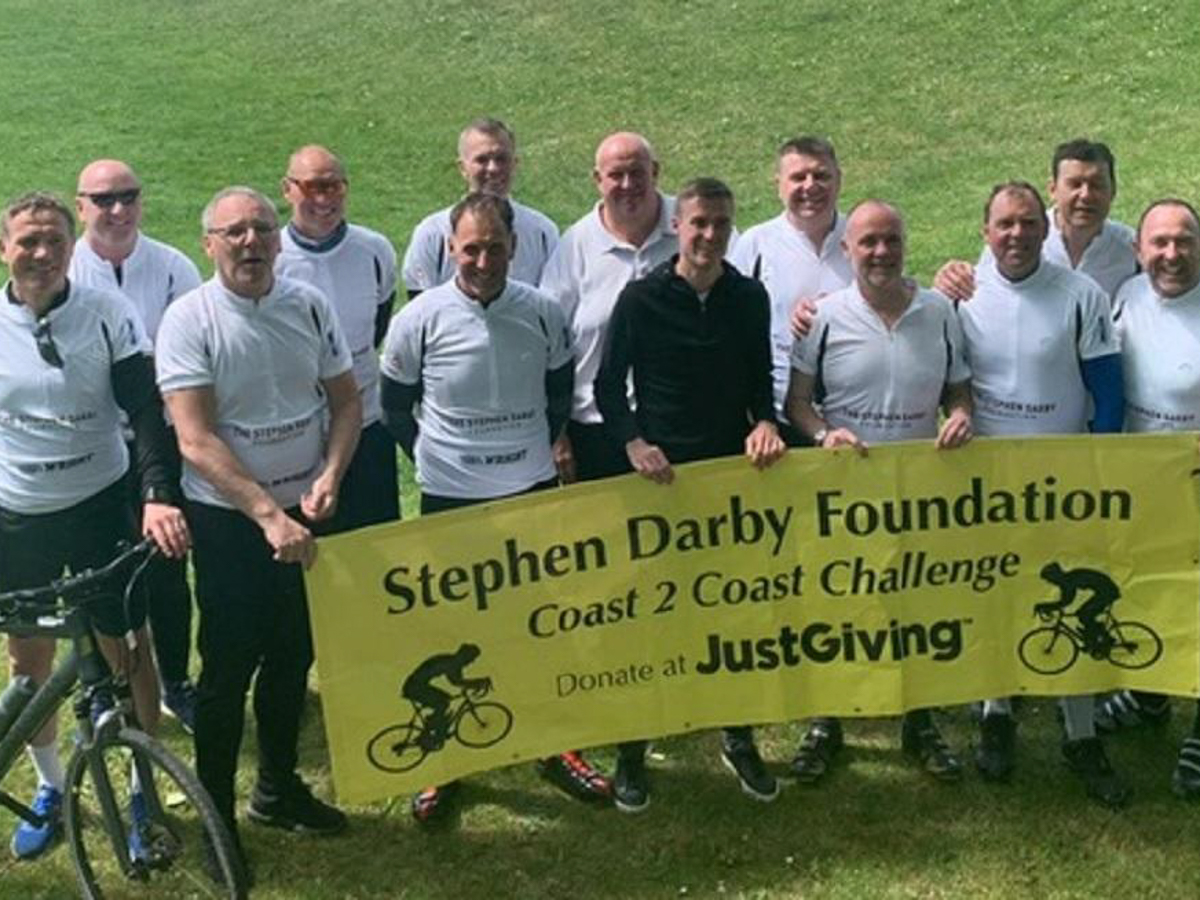 Doddie Weir OBE, who was diagnosed in June 2017 (more information at www.myname5doddie.co.uk) is a world famous Scottish international rugby player who, when diagnosed, set up his foundation up subsequently raising thousands of pounds (ongoing) for research and support.

Stephen Darby, a professional footballer diagnosed with MND in 2018 (married to Steph Houghton England Women’s football captain), and Chris Rimmer, an ex-serviceman diagnosed with MND, have set up the Darby Rimmer Foundation. This was launched with a sell-out pre-season football match at Bradford City against European champions Liverpool, which raised over £275,000 in July towards vital research into this disease.

In addition, locally there was a coast to coast four day bike ride organised by Stephen’s former manager Phil Parkinson and assistant manager Steve Parkin who, along with locals from the Sherwood Ranger Pub at Carlton in Lindrick, took on this epic challenge and, despite getting lost for 12 miles on day one, managed to complete the gruelling journey on schedule to raise over £25,000 for the Darby Rimmer Foundation.

WHAT LOCAL SUPPORT IS THERE?
The MNDA North Notts support meeting is held at Retford Library on the third Wednesday of each month from 2.00pm to 4.00pm, where a free open invitation is extended to anyone diagnosed with or affected by MND. You are most welcome to go along to this friendly group of members, free refreshments are provided and it gives the opportunity to share challenges, questions or concerns about life with MND with those members/families affected along with support from specialist in attendance.

The next meetings are on Wednesday 16th October, Wednesday 20th November and Wednesday 18th December, from 2.00pm to 4.00pm in the lower room accessed via the library. For more information, please contact Kim on 03453 751836 or Jenny on 01623 871183. Alternatively email kim.iliffe@mndassociation.org.