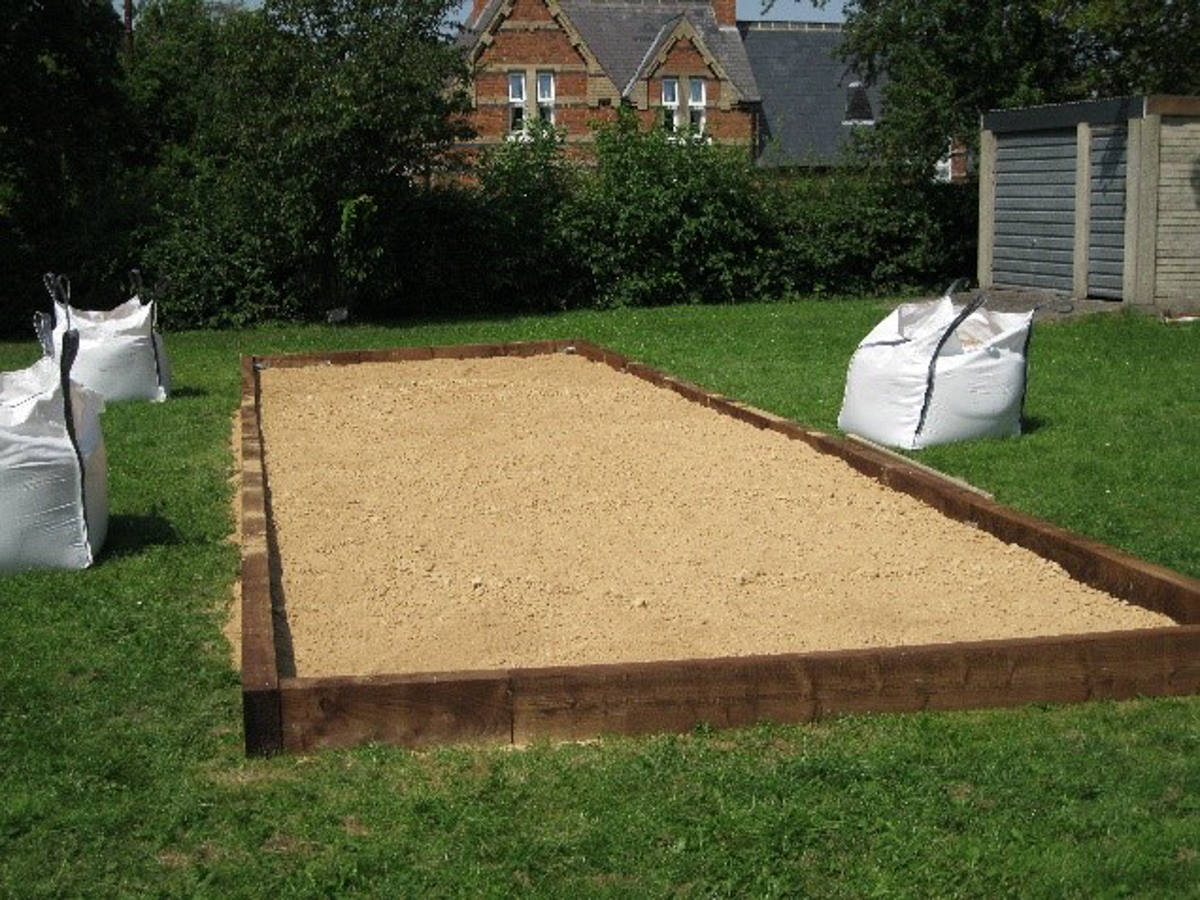 Boules (or Petanque) has been played in the Hayton for around eight years and although it has not been a regular event, every time it is played, everyone says that they should do this more often. So far, they have had to make do with a bit of mown grass on the playing field, making it more a game of luck than skill, yet not anymore.

Boules is not a difficult game to play and is suitable for anyone from eight to 80. The skill level of most players is usually around a similar level, so that won’t be an issue either. You can either play singles (two to four persons) or two teams of two players.

The pitch is available for anyone to use at any time, it is particularly suitable if you are having friends around or if you have played the game in the past at home or on holiday. Boules will be provided as will instructions for those not familiar with the game. There will be no charge this year, but a voluntary contribution for boules hire and pitch upkeep will be appreciated. You will need to bring pencil and paper to keep score. Seating and a BBQ can be provided as long as you bring along a cook.

The pitch is located on the playing field on Church Lane, post code DN22 9LD. It is advisable to let a member of the village hall committee know if you wish to use the pitch so that the necessary arrangements can be made. For further information, please contact Graham on 01777 860846 or Linda on 01777 471384.